Some galaxies contain supermassive black holes that are voracious eaters, consuming gas, dust and anything else that strays too close, including light. In their feeding frenzy, these behemoths generate a lot of energy in the cores of their host galaxies, dazzling the cosmos with powerful radiation. Our galaxy's central supermassive black hole, Sagittarius A*, is a sleeping pussycat in comparison.

These throbbing galactic hearts are known as "active galactic nuclei," or AGN, and, in new research published online in the journal Nature on Sept. 27, an international group of researchers have upended a bedrock theory (the unified theory) that astronomers thought characterized these AGN. The research could help us to better understand how galaxies and supermassive black holes evolved with one another.

When observing these bright galaxies, astronomers noticed two different types of AGN. Some galaxies had a very bright AGN (Type I), whereas other AGN were dim (Type II). After decades of study using different telescopes sensitive to a range of frequencies, astronomers thought these two types of AGN were one and the same – the reason for the two types was just a matter of perspective.

"It was thought that what we were seeing is basically a configuration of dust and gas around the black hole that sort of looks like a puffed-up doughnut – or a torus," says astronomer Richard Mushotzky, a professor at the University of Maryland and co-author of the study.

It follows then that Type Is will be brighter than Type IIs. However, Mushotzky argues, there's been a growing body of spectroscopic evidence suggesting that, in fact, there is a physical difference between the two types of AGN — and it isn't caused by a doughnut shape.

Using data from the Burst Alert Telescope (BAT) attached to NASA's Swift space telescope, the researchers could "see" through any gas and dust surrounding more than 800 feeding black holes in the centers of galaxies. BAT views the universe in hard X-rays – the same X-rays that radiologists use to "see" our skeletons through our bodies – so it doesn't matter at what angle Swift was viewing the AGN, it can cut through any cloud and see exactly how much energy the supermassive black holes are generating.

Complementing Swift, the researchers used data from a dozen other ground-based telescopes around the world, requiring a global collaboration of scientists called the BAT AGN Spectroscopic Survey (BASS) Consortium. With these data, the researchers revealed that Type I and Type II AGN are in fact different, structurally and energetically.

"This study says that yes, there is something intrinsically different – and that's basically how fast the black holes are feeding," says Mushotzky.

Although they're often viewed as insatiable devourers of all matter, even the supermassive black holes have their limits. "There's a maximum rate at which a black hole can feed – if you try and stuff more material than the maximum, the black hole basically rejects it; it's a picky eater," Mushotzky adds.

So, the biggest difference between AGN types is that Type Is are surrounded by more dust and gas, therefore rejecting more matter and fueling far higher energy emissions than Type IIs. This is the underlying reason why Type Is are so bright: These black holes are consuming the surrounding matter until they, literally, can't eat any more.

An ongoing puzzle in astronomy is how supermassive black holes evolved with their galaxies. As most galaxies are known to contain monster black holes, the obvious question is: How do black holes affect the evolution of galaxies and vice versa?

As galaxies with active black holes in their cores provide a means of observing huge quantities of radiation being generated and its impact on galaxies, AGN have been used as a laboratory to study star formation in these tumultuous places. But Type I galaxies' stars are hard to observe – extremely bright cores drown out the light from the galaxy's stars. As the unified model assumed Type I and Type IIs are fundamentally the same, astronomers have typically studied Type IIs instead – as they have dimmer cores and the galaxies' stars can easily be seen.

But, as this new discovery confirms, this idea is flawed, says Mushotzky. There has been a bias to only study Type IIs, and Type Is have been overlooked.

"Now that we know that Type I [black holes] are spewing out more energy than Type IIs, we need to re-examine what we concluded before," he says.

Speaking of doughnuts, some hold that the largest doughnut ever was a jelly confection that stretched 16 feet (4.9 meters) wide and 16 inches (0.4 meters) high. And yet it still doesn't hold a candle to a "doughnut" surrounding a black hole. 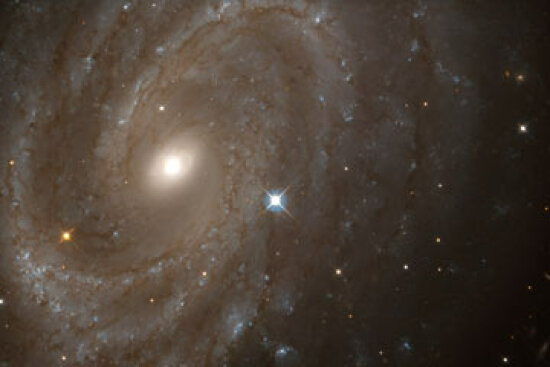 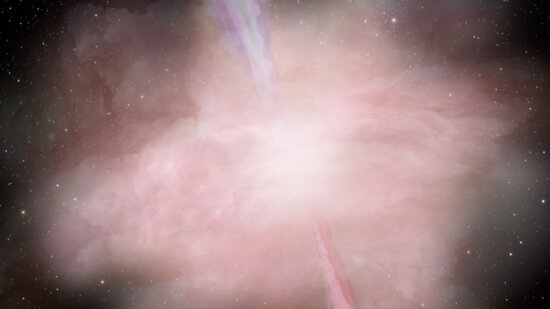 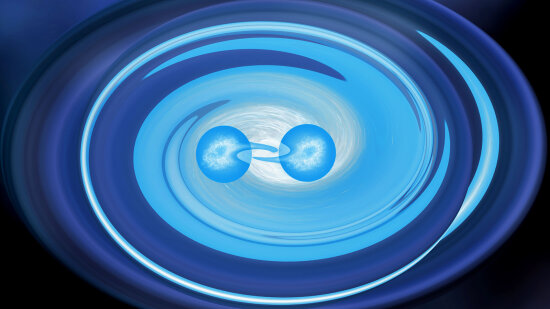