The T-62 Main Battle Tank (MBT) was the last in a series of excellent Soviet tank designs that began with the T-34 in the late 1930s.

The T-62 MBT signaled the end of the class of heavy tanks worldwide. As heavily armed and gunned as the heavy tank but far lighter and more mobile, the MBT now reigned supreme.

The United States had been heading in this direction since the end of World War II, but a diehard faction still insisted on the heavy tank. The last American heavy tank was the M-103, which was built only in small numbers and used primarily by the Marine Corps.

The T-62 was an up-rating of the T-55 MBT that appeared in the late 1950s. The T-62 had a more powerful main gun, heavier armor protection, and a smaller, more powerful, and more dependable engine, but it weighed only about one ton more than the T-55.

The T-62 was not as successful as Soviet designers had hoped. Its main gun could not be aimed low enough to deal with attacking infantry, and its rate of fire was slowed by the complicated fire control system.

In the 1982 invasion of Lebanon, the T-62 proved no match for the Israeli Merkava in firepower or armored protection.

The T-62's outer hull resembles the T-55's. In fact, telling the two models apart can be difficult. The T-62 turret is larger but has the same shape as that of the T-55. Both are equipped with rails for crew members and infantry to hang on to.

The hull configuration of the T-62 is also similar to that of the T-55. It is divided into the standard three compartments: driving in front, fighting in the center, and engine in the rear.

The turret is cast in one piece and is 9.5 inches thick on its forward face, compared with the T-55 turret's 8 inches. The commander has four periscopes and the TKN-3 gun sight, which has day/night and infrared capability.

The gunner uses the TSh2B-41u telescope for laying the main gun. The fire control system is somewhat cumbersome.

For more on T-62 Main Battle Tank equipment, continue to the next page. 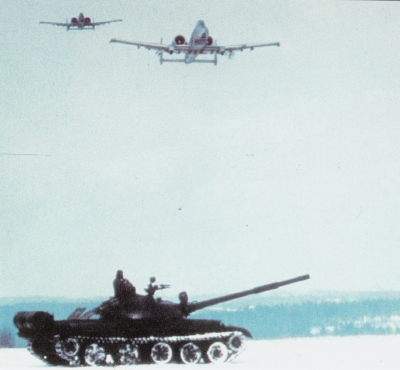