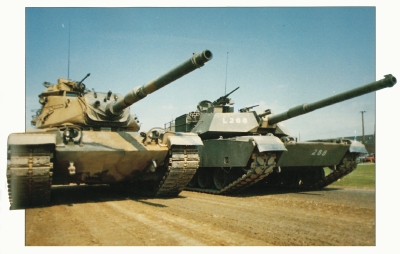 The basic definition of a "tank" is an armored vehicle moving on an endless track and armed with a large-caliber gun. Beyond that, a tank can be -- and has been -- just about anything its designers have wanted it to be. In these profiles, however, we will concentrate on historical tanks that are designed to punch through enemy lines so that following infantry can occupy ground.

To begin learning about tanks throughout the history of warfare, see: