Threats to the Timber Industry 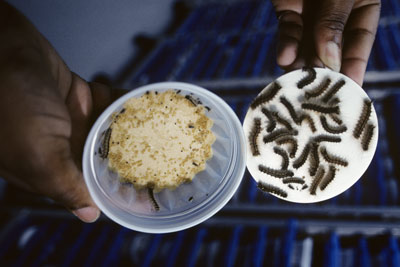 Karen Kasmauski/Getty Images
A U.S. Department of Agriculture laboratory that is growing thousands of gypsy moth caterpillars. These bugs are ultimately used in an anti-gypsy moth spray.

­Although the standing inventor­y of hardwood and softwood tree species in the United States has increased continually over the last 50 years, foresters remain concerned about deforestation -- the destruction of forests or a severe reduction in their overall health. Most people are familiar with the issue as it relates to tropical rainforests, but it's a serious problem in forests globally. You can read more about the causes and effects of deforestation in How Deforestation Works, which focuses primarily on human impact.

Unfortunately, human activity isn't the only danger to forests. There are three other important causes of tree mortality: insects, diseases and invasive plants.

Several native and nonnative insects have wreaked havoc on U.S. forests (see table, below). One of the most devastating is the gypsy moth, a Eurasian native that arrived in North America in the late 19th century. In its larval form -- a caterpillar -- it consumes the leaves of hardwood trees. It prefers oak but will feed on many different species of trees. Since 1930, the gypsy moth has defoliated more than 80 million acres (32 million hectares) of forests in the East [source: USDA Forest Service]. Several eradication strategies have prevented the insects from spreading to western states.

Aside from insects, diseases, too, can take their toll on forests. Sudden Oak Death, or SOD, is a relatively new but serious threat to American forests. The disease, which is caused by the pathogen Phytophthora ramorum, was first reported in California in 1995. Since then, it has killed 1 million oaks, primarily coast live oak, California black oak, shreve oak and tan oak [source: Alvarez]. It also has infected several other types of plants, such as rhododendron. Scientists are trying to decipher the biology of the disease, but they still don't know how it spreads. One concern is that SOD will infect oak forests of the eastern United States.

Lastly, about 1,400 invasive plant species pose significant threats to American forests, according to the USDA Forest Service. Most aren't native to the United S­tates and have no natural predators. As a result, these plants grow uncontrollably, overwhelming and displacing other plants. Mile-a-minute weed is a great example. Introduced from Asia, this climbing vine grows unchecked across the Mid-Atlantic. It prevents natural forest regeneration by crowding out seedlings, which jeopardizes future timber harvests. It also destroys habitats, mostly in the forest shrub layer, in which birds and mammals live.

­Controlling these threats and others, such as wildfire, is vitally important, as is decreasing our consumption of wood and paper. If we don't, we risk losing more biologically diverse forestland and the timber resources we rely on for the hundreds of wood-based products we use every day.