by Patrick J. Kiger Aug 13, 2018
HaloSat was launched into orbit in May aboard a Cygnus spacecraft and released from the International Space Station over Australia on July 13, 2018. It is charged with studying the halo of hot gas surrounding the Milky Way as part of a mission to search for matter missing from the universe. NASA/Aubrey Gemignani

The HaloSat satellite, which was transported to the International Space Station in May and deployed in orbit in mid-July by astronauts, is only about the size of the box your last pair of sneakers came in, and it weighs just 26 pounds (12 kilograms).

But don't let that fool you. The $3.7 million satellite is designed to perform a big scientific mission — studying X-rays from the gigantic halo of hot gas surrounding the Milky Way galaxy. Those measurements could help explain what happened to a third of the mass from the early universe, which seems today to be missing.

The diminutive probe also is a prime example of how technological advances and standardization have ushered in a new age of efficiently designed miniature satellites, which can perform more science for a fraction of what such research once might have cost.

Philp Kaaret, HaloSat's principal investigator and a professor in the department of physics and astronomy at the University of Iowa, explains in an email that scientists have used measurements of the cosmic microwave background — radiation dating back to 400,000 years after the Big Bang — to calculate the amount of mass that existed back then, in the form of ionized hydrogen and helium. "When the universe was young, the matter was all in the same form, so it was easy to measure," he says.

After that, the universe began coalescing into forms — such as stars, galaxies, planets, and hot and cold intergalactic gases — that exist in the cosmos today, Kaaret says. But when scientists measure what they can see in the universe, they can only account for two-thirds of the mass that would have existed in the young universe, he explains.

Most likely, that missing third of matter is in the form of hot gas, which is either gravitationally bound to galaxies in the form of halos, or else suspended on filaments that stretch between galaxies, Kaaret says.

Until now, it's been difficult for scientists to make measurements to determine which explanation is correct. "We're pretty bad at observing hot gas," he explains. Hot gas is measurable due to the X-rays that it gives off, but that radiation can only be observed from space, and existing orbital X-ray observatories are only designed to take pictures of a relatively small part of the sky, which has made it difficult to study the Milky Way's hot gas halo.

HaloSat is designed to remedy that problem. Despite its tiny size, it contains three X-ray detectors, and is capable of taking in a field of view that's 10 degrees across — roughly, the equivalent of 10 full moons, Klaaret explains. "It's going to look at the entire sky," he says. "We're actually more efficient at surveying large parts of the sky because we have this big field of view, even though we're this tiny telescope."

While HaloSat isn't quite sensitive enough to detect the X-rays from gas in intergalactic filaments, it will be able to provide information about the Milky Way's halo, which then could be extrapolated to calculate the amount of hot gas in galactic halos elsewhere in the cosmos.

HaloSat also is an example of how modern satellites — which can be designed to fit standard size specifications and utilize many of the same components as other probes — are revolutionizing space research. HaloSat, for example, is powered by a solar array that originally was created for other satellites and contains a star-tracking device that uses inexpensive sensors similar to those found in cell phones. Ten years ago, such a device would have cost around $1 million, but now it can be built for a few thousand dollars, Kaaret says.

HaloSat also has provided an opportunity for young scientists. Kaaret, who previously developed a radiation detector for a satellite built by Radio Amateur Satellite Corp. to measure the Earth's Van Allen Belts, enlisted a team of undergraduate and graduate students who helped to design the HaloSat and write its computer code, according to this University of Iowa media release.

Now That's Interesting
The KalamSat, a student-designed probe carried into space on a suborbital flight by a NASA research rocket in June 2017, weighed just 64 grams (2.26 ounces), according to Quartz. The probe was designed to measure Earth's acceleration, rotation and magnetosphere. 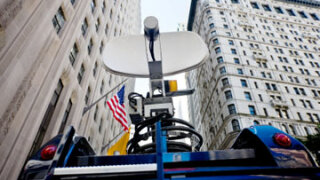 What is digital satellite news gathering? 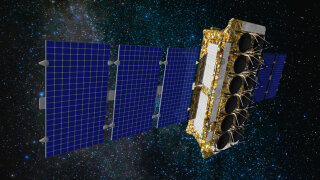 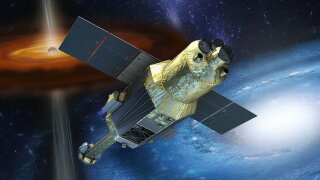