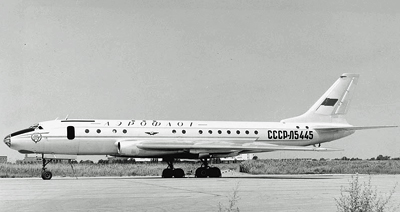 The jet engine would affect every area of aviation, with the exception of the light aircraft, and was particularly important in spurring both the capability and the sale of helicopters. Rotary-wing aircraft could now fly at higher altitudes and speeds and embodied far greater lift capability. The same measure of performance would be true of executive aircraft as jet engine designs were introduced. Jet engines were also the harbinger of vertical flight for fixed-wing aircraft, a difficult task that is still not routine.

On October 4, 1957, the entire world, but most especially the United States, was rocked with both admiration and fear of a new Soviet achievement called Sputnik. This tiny satellite, beeping its simple beep as it orbited the earth, demonstrated how far Soviet scientists had come in the advanced rockets necessary to orbit a satellite. It was the first Soviet space triumph, but it was far from the last, as one new achievement followed another. The implications of the satellite were abundantly clear, but Soviet Premier Nikita Khrushchev emphasized that a rocket that could put a satellite into orbit could also place a nuclear warhead on targets anywhere on Earth.

But the race for supremacy in intercontinental ballistic missiles went on for the rest of the century and, indeed, continues at a lower level today. The Soviet Union succeeded in building larger, more accurate missiles with bigger warheads. The United States was able to build an almost equivalent missile force while maintaining a growing and prosperous economy. The misdirected management methods of the Soviet Union could not, and while it became a military giant, the Soviet Union's economy self-destructed from within on December 25, 1991.