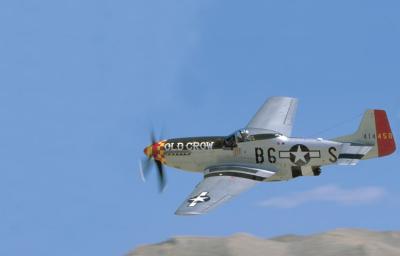 Both Great Britain and the United States began World War II convinced that a tight formation of heavily armed bombers could fight their way through enemy fighters and deposit bombs precisely on key enemy targets. They believed that if this was done often enough, the enemy would collapse from within, and no general engagement of armies would be required.

­The British learned their lesson by December 18, 1939, when 12 out of 21 Vickers Wellington bombers were shot down in a daylight raid on Wilhelmshaven, Germany. The RAF Bomber Command turned to night bombing, focusing on the Ruhr (a German industrial district), in an attempt to inflict severe damage on German industry. However, a 1941 analysis of RAF bombing revealed that only one of the ten attacking bombers got within five miles of targets in the Ruhr. All thoughts of precision bombing were abandoned, and the Royal Air Force turned to indiscriminate area bombing to attack Germany.

Despite the British experience, the United States believed it could send its Boeing B-1­7s and Consolidated B-24s in unescorted formations to targets deep in Germany to conduct precision daylight bombing. However, the battered and overextended Luftwaffe proved that it could not do so without unacceptable losses at Regensburg, Schweinfurt, and elsewhere.

The British never won their air battle against Germany, taking horrendous losses even through the 1944 Battle of Berlin. The United States found the answer to its problem in the North American P-51 Mustang, used as a long-range escort fighter. By February 1944, the USAAF had defeated the Luftwaffe in the air and on the ground, and U.S. bombers could range over Europe unimpeded except by the heavy antiaircraft artillery.

The defeat of the Luftwaffe allowed the United States to establish the complete air superiority necessary for the invasion on June 6, 1944, and for the subsequent ­defeat of the Nazi army. Air power was more than influential in the war in the Pacific. It was decisive.

­In the Pacific, the overwhelming strength of the United States was applied with increasing ferocity in 1943. Dozens of new aircraft carriers filled with new fighters such as the Grumman F6F and Chance Vought F4U were dispatched. The Japanese were unable to match the United States in building ships or aircraft or in training pilots and were continually forced back. Ultimately, they were forced to rely on Kamikaze tactics in 1944 and 1945 as U.S. carriers drove the assault home.

The USAAF began bombing Japan with B-29s in 1944 and accelerated the pace in 1945, by which time it had achieved true air superiority. Its B-29s were able to range over Japan with little to fear from either Japanese fighters or antiaircraft. The B-29 low-level raid on Tokyo on March 9-10, 1945, was devastating, killing more than 70,000 people. The same punishment was meted out to other major Japanese cities, but the Japanese still would not surrender. It seemed probable that an invasion would be inevitable until August 6, 1945, when absolute aerial supremacy was demonstrated for the first time with the dropping of an atomic bomb on Hiroshima. Three days later, another atomic bomb fell on Nagasaki, and on August 15, the Japanese finally surrendered. Their decision to do so made an invasion unnecessary and undoubtedly saved tens of thousands of American lives. Ironically, it probably saved as many as six million Japanese lives. Perhaps two million would have been military casualties in an invasion, and another four million might have died of starvation, for Japan was gripped in famine.

No food imports were possible because its shipping had been destroyed, and its rice harvest was the worst in years. Another million people, from Korea to Formosa to the former Dutch East Indies, were starving under Japanese rule.