Advances in Flight in the 1960s 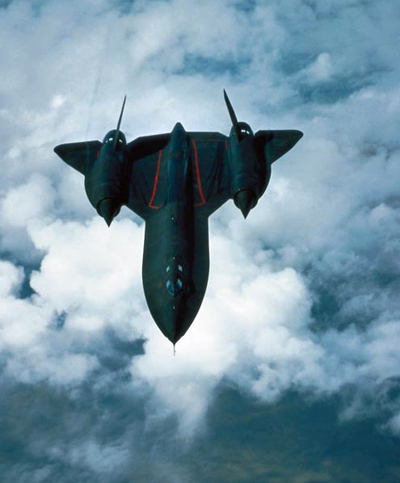 The Lockheed SR-71 Blackbird was one of the fastest and highest-flying planes ever made -- it could go well over 2,000 miles an hour.
U.S. Department of Defense

The United States' involvement in the Vietnam War had been long, longer still for the Vietnamese. But wars were shorter in the Middle East. Faced with Arab invasion threats, Israel made a surprise attack on the Arab forces surrounding it in June 1967, decisively defeating them and extending its borders to their present configuration. The SAMS intervened in the next few years, as the Soviet Union supplied Egypt and Syria with massive amounts of antiaircraft equipment. A surprise attack by the Arab nations in October 1973 came within hours of defeating Israel, which, in turn, was within hours of using its nuclear missiles as a last line of defense. Israel managed to survive and, sustained by a massive airlift of arms and aircraft from the United States, was just able to defeat the Arabs. Even though Middle Eastern wars were shorter, events would prove that peace is not easily distinguishable from warfare.

The United States, having passed on the SST, startled the air transport world with a gigantic gamble by Boeing and Pan American -- the leviathan Boeing 747 airliner. After some initial problems with engines, the 747 turned the industry upside down as fares were lowered and more and more people traveled. Airline travel was no longer just for business people and the wealthy, nor was it reserved for citizens of the United States. Now average citizens from all over the world could -- and did -- travel.

Helicopters began to take on new jobs all over the world, delivering supplies to oil rigs, covering sporting events, and acting as indispensable medical and police stalwarts. Interest in fixed-wing vertical takeoff and landing aircraft also increased. In Great Britain, the Hawker Siddeley Harrier promised great things for the future with vectored thrust technology, while in the United States there were a whole range of experiments including tilt rotor, tilt fan, and tilt wing.

All of these advances were being made under the umbrella of the most interesting acronym in history: MAD. This acronym stood for "Mutual Assured Destruction" and meant that if either the Soviet Union or the United States of America launched an ICBM attack, the other nation would still have sufficient power for a devastating counterstrike. Under MAD, nuclear weapons were built at a tremendous rate on either side, yet somehow the unusual logic held, and there was no massive nuclear exchange.

To learn about the next chapter in the history of aviation, read Conquering Air and Space.