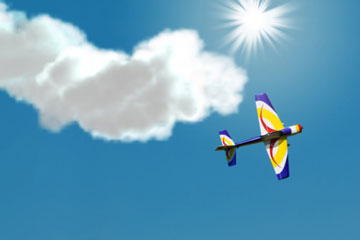 Stunt pilots risk their lives to perform tricks in the sky.
Hemera/Thinkstock

So how do stunt pilots do those maneuvers without spinning out of control -- or worse, crashing and being killed? Sometimes they can't. Some of the most illustrious early aerobatics pioneers, like Lincoln Beachley, for example, ended up buying the farm via aerobatics. The possibility of injury or death performing a stunt is something a stunt pilot learns to live with and respect. Aerobatics isn't a sport for milquetoasts, or fools.

As explained in Geza Szurovy's and Mike Goulian's how-to textbook "Basic Aerobatics," one secret of staying alive and looking good in the process is to adeptly calculate and manage the amount of kinetic energy -- that is, airspeed -- used in a maneuver. If you don't go fast enough, the aircraft won't have enough kinetic energy to perform the stunt properly. On the other hand, if you're going too fast, you'll overstress the physical limits of the plane's structure and components. And the result can be very, very bad [source: Szurovy and Goulian].

Of course, that's just one greatly oversimplified version of the scores of complex, delicate physics equations that a pilot must make while he or she is doing hair-raising tricks thousands of feet above the ground. He or she also must deal with other hazards, like the effect of acceleration and the resulting G forces on the human body. Too many Gs and the blood can be shunted away from the brain, causing a blackout. Inducing negative Gs, on the other hand, can pump too much blood into the brain, interfering with vision and hearing [source: Szurovy and Goulian].

For more on airplanes and flying, visit the links on the next page. 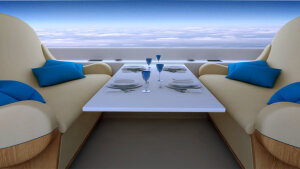 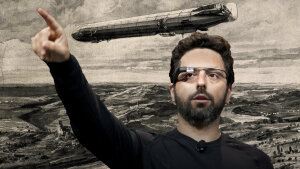 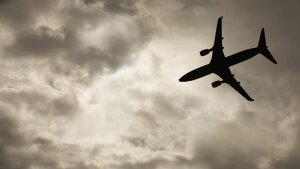