Airships and dirigibles might seem like things from centuries past, but there are growing signs that lighter-than-air transportation may turn out to be the wave of the future.

Both the Guardian and Bloomberg recently reported, for example, that Google co-founder Sergey Brin is building a giant airship in a hangar at a northern California airfield. According to the Guardian account, the craft's price tag is in the $100-to-$150 million range, and it could end up being nearly 656 feet (200 meters) long, which would make it the world's largest aircraft.

The Guardian reported that the airship is intended to transport food and supplies on humanitarian missions, and also to serve as a personal flying yacht for the billionaire.

Google's parent company Alphabet, which took over Moffett Federal Airfield in 2015, revealed in its recent proxy statement that it's leasing hangar space to the company LTA Research & Exploration, which is owned by an entity affiliated with Brin. (A person who answered the phone number listed for LTA in a business database declined to provide any information about the company to HowStuffWorks, and Alphabet didn't respond to an email.)

But in addition to that mysterious project, several other major airship projects are in various stages of development, giving the classic blimp a space-age spin.

Lockheed Martin, for example, is well along in the development of its LHM-1 hybrid airship, a football field-sized craft that utilizes helium to provide most of its lift, but also utilizes aerodynamic lift from propellers and tailfins. Lockheed Martin spokesperson Erica R. Turner said that the aviation manufacturer expects to begin production later in 2017, and that the airships may be flying as early as 2019. Lockheed Martin reseller Hybrid Enterprises already has received letters of intent from a purchaser who plans to furnish airships for transporting ore from a mining operation in northern Quebec, and to provide a flying health care clinic for remote areas. The airship is designed to carry nearly 23.5 tons (21.3 metric tons) of cargo.

Turner said that LHM-1 incorporates numerous technological innovations, including an air cushion landing system, similar to a hovercraft, which will allow the airship to land on just about any sort of surface. The LHM-1 also utilizes digital flight controls instead of the conventional cable and pulley system used by old-school airships. It even will be equipped with a small autonomous robot that will scan and patch tiny pinholes that it finds in the airship's envelope.

Meanwhile, across the Atlantic, British airship maker Hybrid Air Vehicles in May completed a successful three-hour flight of its own hybrid airship, the 302-foot (92-meter) Airlander 10, which is designed to carry more than 22 tons (10,000 kilograms) of cargo. The latest successful test came after an August 2016 mishap, in which the Airlander experienced a hard landing and suffered some damage, though the pilots and ground crew weren't hurt. The company also has plans to develop even bigger airship, the Airlander 50, which would be capable of carrying 50 tons (45,359 kilograms) of cargo.

And another California-based airship maker, Aeros, has been working for years to develop the ML866, a 555-foot (169-meter) long cargo airship that includes a buoyancy-control technology that would enable the craft to stay on the ground without external ballast. In a 2016 interview with business publication Logistics Management, Aeros founder Igor Pasternak said airships might revolutionize global supply chains by providing "a speed and cost intermediary between sealift and airlift."

Doing What Other Aircraft Can't

Airship makers aren't just after bragging points when they build big craft. Barry Prentice, a University of Manitoba business professor and airship expert, has worked to develop lighter-than-air transportation for remote areas of northern Canada. Those places currently depend upon now dangerous ice roads that increasingly are affected by climate change. "There are significant economies of size with airships," says Prentice, "and advantages, because they are more stable as they get larger."

Rob Enderle, president and principal analyst of the Enderle Group, a San Jose-based business consulting firm, says that recent technological advances in airships could help airships become a viable cargo transportation mode. "Engines continue to get better, and our experience with aerodynamics has gotten better," he says. "And we've had a number of airships in the air for long periods of time, with no accidents or problems."

At this point, says Enderle, "it's a question of getting enough funding behind it and making it happen."

The analyst also saw the potential for airships to become the ultimate pleasure craft for the super-rich. "If you want a killer yacht, having a yacht that flies — it's pretty hard to top that," he says.

Now That's Interesting
Researchers for Amazon filed a patent application in 2014 for an "airborne fulfillment center" — essentially, an airship that positioned above a metropolitan area to serve as a warehouse in the sky, with drones delivering the products to customers. 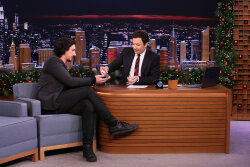 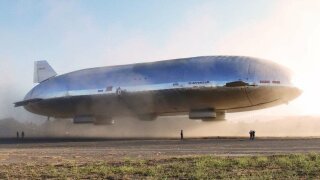 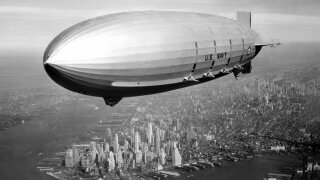 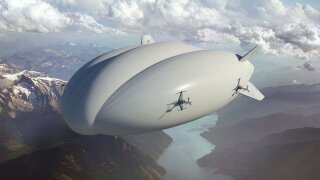 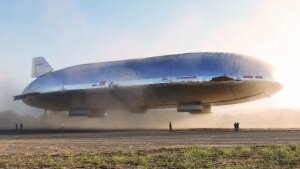 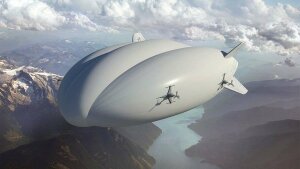