by Christopher Hassiotis Apr 27, 2016
This Sun Powered Airplane Could Be the Future of Aviation [VIDEO] Conde Nast: Wired

The solar-powered airplane Solar Impulse 2 is currently on an around-the-world trip to promote the potential of solar energy. It recently made the three-day journey from Hawaii to California after a few months of repairs on the remote Pacific islands.

The trans-Pacific jaunt was the ninth leg of an ongoing project to be the first to circle the globe in a plane powered entirely by the sun. Covered in 17,000 solar panels, the Solar Impulse 2 has a wingspan larger than that of a 747 jet. Traveling at speeds of 50 mph (80.5 kph) — or Mach 0.065, as the video puts it — Swiss adventurers and co-pilots Bertrand Piccard and André Borschberg left Abu Dhabi in mid-2015, and hope to return there by late 2016.

As this Wired video illustrates, while setting records may provide some first-class feelings and boost both ego and cause, the comfort level's nowhere near commercial first class — or even economy class. The pilot's seat also doubles as the toilet, and anyone looking to fully extend both arms and both legs might need to open a window.

So how do Piccard and Borschberg deal with being in such a cramped space for such extended periods of time? According to the video, they maintain a strict regimen of yoga, self-hypnosis and meditation to help their mind deal with the claustrophobic constraints and loneliness. After all, even solitary confinement in prisons, which has been shown to have serious negative consequences on the human psyche, provides more space to move around.

Heading next toward New York and then to North Africa for the dangerous trans-Atlantic flight, Piccard says that simply making the journey around the world in a solar plane is the point of the whole endeavor. "The goal is not to reach a destination as fast as possible," he says. "The goal is to stay in the air as long as we want."

Now That's Interesting
Ferdinand Magellan's popularly believed to have been the first to circumnavigate the globe by sea, but he actually died in the Philippines a year and a half into the expedition. His team continued without him, meaning that Magellan's longtime slave Enrique of Malacca was likely the first man to make it all the way around the planet. 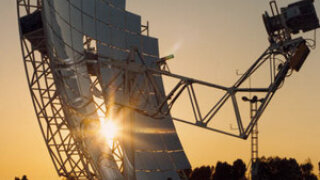 Stuff to Blow Your Mind: This Is Your Brain on Meditation [AUDIO PODCAST]