Browse the article How Sonic Cruisers Will Work 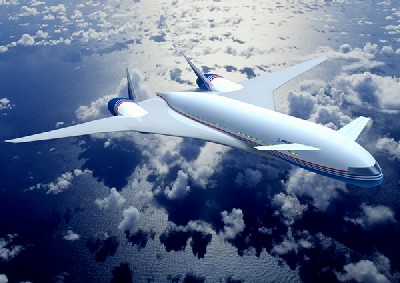 The Sonic Cruiser will shave one hour for every 3,000 miles flown.
Photo courtesy Boeing

Getting from, say, New York to Sydney, Australia, is not a point-to-point, uninterrupted airplane ride. If you want to take that kind of flight, you're going to have to stop at least once. There are many international and even shorter flights that require you to be herded through hubs and make one or more stops before arriving at your destination.

All of that is about to change. In March 2001, Boeing released details of a new, delta-winged airplane, dubbed the Sonic Cruiser. This near-supersonic aircraft may be able to fly faster over extended ranges and allow passengers to spend less time in the air and at airports. Only the Concorde is faster than this new plane; but even the Concorde won't match the Sonic Cruiser's range.

Not a lot is known about this new aircraft, because Boeing is offering few details. In this article, you will learn why Boeing is planning to spend $10 billion on this new concept, how it will save you time and how it will get you to farther destinations than any other commercial aircraft.

According to an article published by CNN.com on Jan. 2, 2003, Boeing has set aside its plans for the Sonic Cruiser, deciding to focus on increasing fuel efficiency instead of speed. 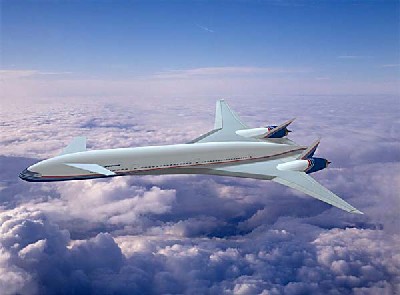