Can Police (Legally) Shoot Down Drones?

by Kristen Hall-Geisler Mar 4, 2016
A small town in Colorado recently rejected the idea of issuing drone hunting permits to its residents. But what's happening in Utah? Sean Gallup/Getty Images

As more drones, or unmanned aircraft systems (UAS), take to the skies, people are asking this question more often: Can we shoot these things out of the sky? The short answer is, probably not. But maybe.

Most recently, this question has come up because Rep. David E. Lifferth, R-Utah, has introduced legislation, H.B. 420, that would allow public safety officials to "neutralize an unmanned vehicle" if that vehicle is in the way of emergency responders.

While the bill's phrasing has been taken by analysts to mean police officers shooting down flying drones, the legislation is actually broader. It covers police officers and firefighters, and it specifies that the unmanned vehicle may be traveling by land, air, or water, though not on rails. And neutralize, according to the bill, means disabling, damaging, or taking control of the vehicle to stop it.

Rep. Lifferth is not the first to propose such a bill; he's not even the first in Utah. Sen. Wayne A. Harper also introduced state legislation that gets more specific about unmanned aircraft. S.B. 210 makes changes to a bill that's already on the books, but it does specify that flight restrictions can be put on drones during emergencies and, again, that "a law enforcement officer [can] neutralize an unmanned aircraft in certain situations." This bill allows U.S. Forest Service and National Park Service officers to neutralize drones too, especially those that are hovering above forest fires.

But even before these two Utah legislators put forth their bills early this year, the small town of Deer Trail, Colorado, proposed a measure to allow drone hunting. It was defeated, with 73 percent of voters nixing the idea.

But the question still remains: Is taking a drone out of the sky, by bullet or even by bald eagle, legal? By the letter of the law, so far, yes. But according to FAA spokesperson Les Dorr, in a recent email interview, the federal agency would really rather you didn't: "We can't comment on pending state legislation. A private citizen shooting at any aircraft — including unmanned aircraft — poses a significant safety hazard. An unmanned aircraft hit by gunfire could crash, causing damage to persons or property on the ground, or it could collide with other objects in the air. Shooting at an unmanned aircraft could result in a civil penalty from the FAA and/or criminal charges filed by federal, state or local law enforcement. There also may be state or municipal ordinances that address property owners' rights."

The world of drones and autonomous vehicles is a legislative landmine that we're going to have to tackle one bill, and maybe one bald eagle, at a time.

NOW THAT'S COOL
As the legislations presented in Utah suggests, guns are not the only way to take out a drone. In the Netherlands, the police are working with raptor trainers at Guard from Above to teach eagles and other birds of prey to neutralize drones with their powerful claws.

Gazing at Celestial History Through the James Webb Space Telescope 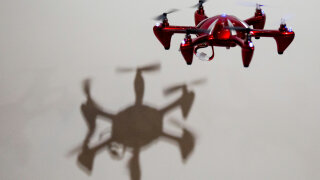 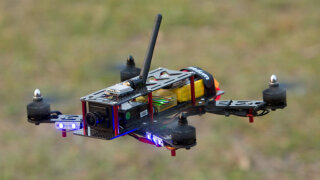 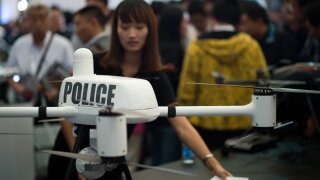 10 UAV Jobs of the Future