by Kate Kershner Sep 9, 2016
U.S. Airways Flight 1549 gets an assist from a New York City Fire Department boat on Jan. 15, 2009, the same day it ditched in to the Hudson River. Mario Tama/Getty Images

In six minutes, U.S. Airways Flight 1549 went from a boring, old flight — tray tables up and locked, seats in upright positions — to fable. Captain Chelsey "Sully" Sullenberger and his first officer, Jeffrey Skiles, managed to carefully set an Airbus 320 in the waters between the jagged outlines of New York and New Jersey, pulling off a feat of emergency maneuvering.

It was called the Miracle on the Hudson, and the pilots, with particular attention to Sullenberger, were called true heroes.

For good reason, of course. The pilots were working with extremely limited resources. Both engines on the plane were completely disabled after hitting a flock of geese, which meant the pilots had to essentially "glide" the plane to safety. And despite what might sound like a gentle paper-plane like float, keep in mind the aircraft was shuddering, and the cabin was starting to fill with smoke.

Despite hearing about the possibility of a water landing every time we hear the safety spiel on an aircraft, water landings, which aviation folks distinguish from water crashes, are quite unusual. One older report pegged their occurrence in the U.S. at about 12-15 per year.

Flight instructor Steve Lohrey is an airline transport pilot and advanced gold seal flight instructor at Northwest Flight School, based out of Spokane, Washington. Lohrey says Captain Sullenberger's water landing — "ditching," in aviation jargon — was exceptional, both due to how extremely skilled the pilot was and how infrequently ditchings occur.

"They are very rare, particularly in multiengine and airline transport airplanes because the regulations that we operate under demand a certain amount of equipment redundancy," Lohrey says.

In fact, pilots don't even train for them on flight simulators. "There's no provision in a simulator for training in a water landing because if you try to simulate it ... the response is that the airplane crashes," Lohrey points out. But that doesn't mean that pilots are just winging it.

"The way we train for water landings is through a comprehensive ground school," Lohrey says. And that ground training, Lohrey explains, includes learning the real nuts and bolts of ditching a plane. Landing on a glassy mirror of water sounds great, but we all know that bodies of water aren't smooth. Waves and currents are going to affect the plane's touchdown, and they can bend the aluminum skin of the aircraft. That means the plane's belly isn't as capable of cushioning the blow as it can be when crashing on a harder surface, like a runway.

Wind will affect how well the ditching goes, too. "Ideally, airplanes take off and land into the wind because ditching into the wind provides the lowest speed over the water and therefore the lowest impact damage," Lohrey says. Landing into a breaker, for instance, is going to be "like running into something solid. It's more likely to cause extreme damage to the airplane and a violent deceleration with implications for the passengers."

Pilots follow meticulous checklists for different procedures — and emergencies. Ditching a plane in water is no different, although of course what you can do does depend on the time you have. "If you have a chance to reduce the weight in the airplane you can reduce your landing speed. The slower you strike the water, the happier you're going to be," Lohrey says.

And Lohrey points out another huge advantage to Flight 1549's landing. "Everyone was still buckled in," he says. Passenger preparedness is critical to keeping folks safe on impact.

But the thing about water landings is that even if you do manage to land ... you're still in water. Hypothermia and drowning are going to present real dangers. And that's exactly where Captain Sullenberger and co-pilot Skiles, skilled and competent as they were, also proved fortunate.

"The airplane stayed above the water long enough for everybody to get out," Lohrey says, pointing out there were sophisticated emergency operations responding mere minutes after the touchdown. "It was a stroke of good luck, as well as good airmanship."

So while water landings are rare, experienced pilots are prepared to make quick and expert decisions to execute them. But a little luck is going to go a long way to make those preparations count.

Now That's Interesting
While ditchings are rare and no doubt terrifying, there does seem to be some consensus that surviving them is somewhat likely. One older review of records indicate that overall survival rates for ditchings are as high as 90 percent with limited fatalities, while other sources say that 95 percent of ditchings are successful.

So What Are Men's Nipples For, Anyway?

President Who? Meet the Designated Survivor 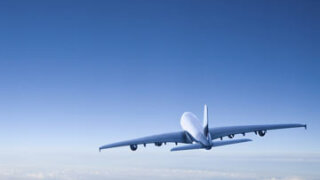 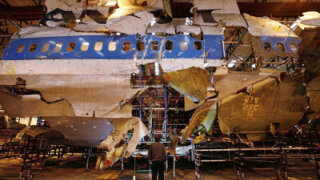 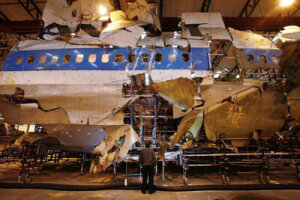