by Kristen Hall-Geisler Sep 14, 2018
The FAA has different regulations for flying drones depending on whether you're flying it for work or as a hobby. Nico De Pasquale Photography/Getty Images

You've watched drones race through obstacle courses. You've seen aerial drone photography that blows your mind. You've got a digital camera and a dream, and all you need is a drone to make it come true. Aerial freedom is yours. And your drone's.

Not so fast. Hate to break it to you, but there are rules for drones. Like, serious rules from the Federal Aviation Administration (FAA). What we call drones, the FAA calls "unmanned aircraft systems," or UAS. It is, according to the definition, "an aircraft that is operated without the possibility of direct human intervention from within or on the aircraft." So if it flies and you've got a remote control, it's a UAS.

There are two kinds of drone operators according to the FAA: people who do it recreationally (the actual definitions is "refreshment of strength and spirits after work; a means of refreshment and diversion"), and people who do it for work, like to film nature documentaries from above or to cover a breaking story for the local news.

Most hobbyists with small drones (those that weigh less than 55 pounds [25 kilograms]) can fly under the radar — literally — by registering their UAS with the FAA and, well, just being polite. Basically, keep the drone out of the way of airplanes and emergency services, and let airports within 5 miles (8 kilometers) know that you've got a drone in the area. The special rule for model aircraft is mostly common sense; no spying on the neighbors or flying over prison yards.

Once you start getting into drones, you'll probably hear about Part 107. This is the "small UAS rule" that dictates how drones are to be used. It's a quick list:

If you want to step up your drone game, you can get a remote pilot certification. You need to be at least 16 years old, pass a TSA security screening and take a test at an FAA-approved location.

There are real consequences to not following these rules — other than being the most annoying person in your neighborhood. The FAA can fine operators up to $27,500 for civil penalties, and if you venture into criminal territory with your drone, the penalty goes up to $250,000.

Now that you have a list of rules and regulations—and know there are hefty fines attached for violating them — go out there and have fun with your drone! Definitely don't be anxious about if you're doing it wrong and violating federal airspace regulations!

NOW THAT'S COOL
The FAA did make an app to take some of the guesswork out of flying drones. It's called B4UFLY, and it tells you if there are any restrictions in the area where you intend to fly. You can use it on the day before you take off, or you can check out future flight plans before you take a long drive only to find out it's a no-fly zone.

The Family Feud That Spawned Adidas and Puma

With More Drones in Our Skies, We're Going to Need Droneports 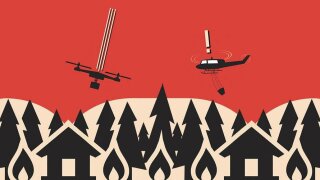 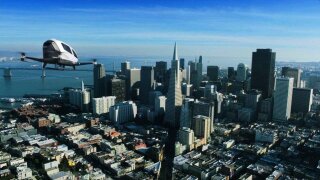