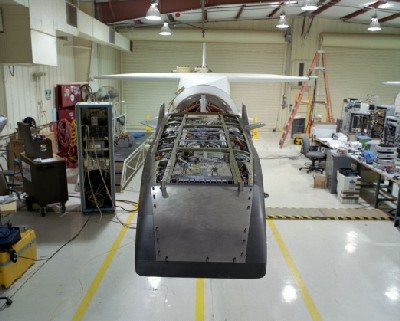 As mentioned before, scramjet-powered aircraft don’t carry oxygen onboard. That means that they can’t lift off like conventional spacecraft. The X-43A requires a booster rocket to get it up to a hypersonic speed, at which point it is released and sent flying on its own. This rocket boost is necessary for the scramjet engine to work.

Here’s a rundown of how the X-43A test flights work:

NASA officials say that the scramjet engine would be a major step forward for NASA and would arguably provide a safer, more flexible, less expensive way to get people and cargo to space.