Imagine a race between remote-controlled drones. You probably picture pilots standing far from their flying vehicles, holding a controller in their hands and concentrating on directing the drones' flight. Now keep everything the same, but free up your imaginary pilots' hands by erasing those controllers from your mental picture, and give the pilots long, thin black plastic devices attached to their foreheads and reading their brainwaves.

The first race between drones powered by mind control took place at the University of Florida (UF) on April 16. Paired up in competitive brackets, 16 pilots had to fly drones across 30 feet (9.1 meters) using only their cognitive ability and mental endurance to move the drone with a brain-computer interface (BCI).

"With events like this, we're popularizing the use of BCI instead of it being stuck in the research lab," Chris Crawford, a University of Florida Ph.D. student in human-centered computing, told the Associated Press at the event. "BCI was a technology that was geared specifically for medical purposes, and in order to expand this to the general public, we actually have to embrace these consumer brand devices and push them to the limit."

How exactly does controlling a drone with brain power work? It comes down to two elements: understanding the brain, and programming BCI computer commands. First, the teams had to decode the brains of the individual pilots. They monitored their brains to see what internal electrical activity corresponded to — not just abstract thoughts like "turn left" and "go straight," but actual command thoughts like imagining an object moving across the floor.

After understanding where the individual pilots' brains lit up according to different thoughts, the programmers could calibrate the headsets to interpret those electrical signals with computer code. It's the same technology behind the cybernetics you can expect to see on display in the upcoming Cybathlon cybernetics competition taking place this October.

Organized by UF professor Juan Gilbert and his students, the brain drone race may become an annual event. Check out this inaugural competition's winning flight piloted by Amber Hawthorne here:

https://www.instagram.com/p/BERtKXLM7OT/
Now That's Cool
Earlier this year a team of researchers developed a brain-machine interface that allowed a pair of rhesus macaque monkeys to navigate in robotic wheelchairs using only their thoughts.

Live the Dream, Drive an Excavator at a Construction Theme Park for Adults 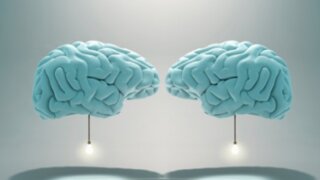 Will we ever be able to communicate with only our minds? 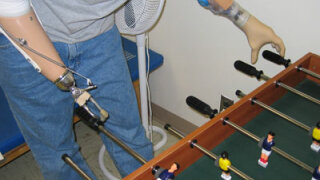