Browse the article Do airplanes routinely dump their fuel before landing? 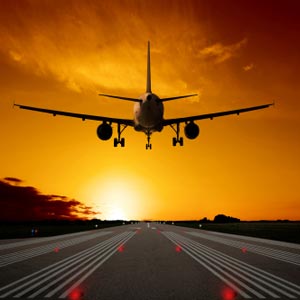 Why would a pilot decide to dump an airplane's fuel? See more flight pictures.
©iStockphoto.com/sharply_done

As concerns grow about limited resources and rising costs of oil, it seems bizarre that airplane pilots would ever intentionally eject their fuel. What's even more amazing is that they do it in the air during flight. Why is it considered permissible, let alone smart? It seems that it would be too dangerous to release fuel lest it cause a fire in the aircraft. And should we pull out our umbrellas when a plane goes over, just in case it starts raining gasoline?

Although it sounds alarming, a fuel dump (officially known as fuel jettison) is a safe procedure -- and done for good reasons. And it's not as wasteful as it seems, either. Airlines find that fuel dumping can actually be cheaper than not dumping in certain circumstances. But it's not something pilots do on a routine basis. We spoke with Alison Duquette, spokesperson for the Federal Aviation Administration (FAA), who assured us that it doesn't happen very often.

It all comes down to the fact that certain planes are designed to be significantly lighter when landing than when taking off -- in some cases more than 200,000 pounds (90,909.1 kilograms) lighter [source: Boeing]. This may sound backwards; one might think that taking off at a heavy weight would necessarily be harder than landing with that same weight. But landing can put more stress on a plane. When a plane lands heavy, it's very easy to hit the ground too hard and cause damage to the aircraft.

This problem usually takes care of itself, however. During takeoff for a long flight, a large commercial plane can be carrying tens of thousands of gallons of fuel, which (at about 6.7 pounds per gallon) can translate to hundreds of thousands of pounds of fuel [source: Conte]. But, during the long flight, the plane will of course use and burn off the fuel, shedding those pounds along the way. The manufacturers consider this in their design of an aircraft, so by the time a plane reaches its destination, it'll be light enough to land safely.

Sometimes, however, in an emergency situation, a plane might be forced to land earlier than expected. And that's when fuel dumping comes in.

As we mentioned, the difference between maximum takeoff weight and maximum landing weight for a large commercial aircraft can be more than 200,000 pounds. But let's say that soon after takeoff a passenger on board has a medical emergency that requires an early landing, or the captain becomes aware of a maintenance problem that requires attention. Neither of these situations are uncommon.

The pilot will have a few options. He or she may choose to fly around in order to burn fuel. In this case, the pilot can drop the gear or flaps to help a plane burn fuel faster (or "dirty up the airplane") [source: Getline]. However, this option is less than ideal for a medical emergency.

Another solution is to eject fuel. This can be as easy as the flip of a switch in the cockpit. The system consists of pumps and valves designed to let fuel jettison from nozzles on the wings of the aircraft. Such a system can eject thousands of pounds of fuel per minute, and it looks like a contrail when it's released [source: Scott].

Not all planes are equipped with this sophisticated system, however. FAA spokesperson Alison Duquette says that narrow-body planes, like the Airbus A320 or the Boeing 757, aren't built with fuel dumping abilities. But larger, wide-body planes, like the Boeing 777 and 747, which have added tanks, can dump fuel. In fact, the FAA requires certain planes to have fuel jettison systems [source: GPO].

Thankfully, most of the fuel will evaporate before it even hits the ground. This is more likely on warmer days and when an aircraft is high up in the atmosphere -- ideally above 5,000 feet (1,524 meters). Because fuel jettison isn't very common and is done in emergency-type situations, Duquette says the FAA doesn't have hard-and-fast regulations about it, and air traffic controllers will help pilots in the process, keeping them separated from other aircraft.

The last option in an emergency is to simply land overweight. In fact, Boeing maintains that neither landing overweight nor fuel dumping has led to any accidents [source: Colella]. In an emergency, when time is of the essence, landing overweight could be the best option. However, when you have time, damage to the plane (and the inspections and repairs that could entail) could be costlier than fuel dumping. What to do is largely a judgment call by the pilot in an individual situation.

Gone with the Wind?

Though the fuel will likely vaporize in the air before it hits the ground, it's true that it's still present and suspended in the atmosphere. Boeing points out that this can cause an unseemly odor and that the vaporized fuel will eventually sink down to the ground. [source: Colella].