by Dave Roos Oct 8, 2018
Commercial airplanes, the seats especially, seem to be getting smaller and smaller these days. izusek/Getty Images

Among the many valid complaints of today's beleaguered airline passengers — fees for checked luggage, long lines at TSA security checkpoints, chronically late and cancelled flights — is the issue of the incredibly shrinking airplane seat.

While shrinking seat pitch isn't exactly the same as disappearing legroom — technically, seat pitch is the distance from any one point on a seat to the same point on the seat in front of it, not the amount of space between the front of one seat and the back of the other — it's a symptom of airlines crowding seats closer together in order to squeeze on more paying customers.

As anyone who has endured a five-hour flight in coach can attest, tighter seat dimensions have made flying downright uncomfortable. However, a growing number of critics, including the U.S. Congress, wonder if smaller and those tightly packed seats make flying more dangerous.

In July 2018, an airline passenger advocacy group called Flyers Rights petitioned the Federal Aviation Administration (FAA) to regulate seat sizes on commercial airlines in order to ensure that passengers can safely and quickly evacuate in the event of an emergency. The FAA's own rules require that airplanes can be evacuated in 90 seconds or less. Flyers Rights argued that today's passengers, who are taller and wider than ever, are encumbered by ever-shrinking seats and that the FAA, in the name of safety, should do something about it.

The FAA rejected the petition, saying that aircraft manufacturers already run drills and computer simulations showing that seat pitches as tight as 28 and 29 inches don't get in the way of a speedy egress, and that frankly, the FAA had better things to do. Unsatisfied, Flyers Rights took the FAA to court.

In her decision, Judge Patricia Millett of the U.S. Court of Appeals in Washington D.C. laid into the FAA, saying the agency relied on a "vaporous record" of "off-point studies and undisclosed tests" to deny the petition.

"The Administration's rationale also blinks reality," wrote Millett. "As a matter of basic physics, at some point seat and passenger dimensions would become so squeezed as to impede the ability of passengers to extricate themselves from their seats and get over to an aisle. The question is not whether seat dimensions matter, but when."

The FAA was already getting heat from the inspector general of the U.S. Department of Transportation, who started questioning the safety of smaller seats in June 2018, at the behest of two members of the aviation subcommittee of the U.S. House of Representatives.

In the latest chapter of the shrinking seat saga, the House passed an FAA spending bill in late September 2018, that explicitly gives the FAA the authority to regulate minimum seat sizes, including seat pitch. But does that mean the agency is really going to crack down on airlines that try to squeeze more and more bodies into smaller and smaller seats?

John Goglia isn't optimistic. The former member of the National Transportation Safety Board (NTSB) and veteran aviation safety expert says that politicians feel pressured by growing complaints about uncomfortable and potentially unsafe airline seats, but that the House bill is nothing but a political "punt."

"They passed the burden of figuring it out to the FAA," Goglia says. "And given the airline industry's influence with the FAA, that's a non-starter."

The legislation, which is up for a vote in the Senate, doesn't require the FAA to regulate seat size, it simply authorizes the agency to do so. Goglia thinks the FAA is way too cozy with the airlines to step on the industry's toes.

Besides, Goglia actually agrees with the FAA's contention that seat pitches as low as 28 inches have passed evacuation tests. Up until the 1990s, airline manufacturers were required to conduct live drills for every new plane design.

"They'd fill up the airplane with people who had never done it before, mixed ages and mixed genders," Goglia says. "They'd turn off all the lights in a blacked-out hangar, and then a bell goes off."

Hundreds of people would then rush for the exits, leaping onto inflated emergency slides. The Los Angeles Times estimated that 1,000 such evacuation drills were conducted from the 1960s through the early 1990s. There were also hundreds of injuries. In 1991, a woman named Dorothy Myles was paralyzed from the neck down after falling from an emergency slide during an evacuation drill for the McDonnell Douglas MD-11 jetliner.

"I'm not a big fan of evacuation drills," Goglia says.

Today, in lieu of drills, manufacturers are allowed to run computer simulations based on data from the live evacuations of yesteryear. Those simulations say that a 28-inch seat pitch is roomy enough for passengers to escape a compromised plane in less than 90 seconds. But critics argue that a lot has changed in the 20 years since those live evacuations drills were last conducted, including passenger behavior.

In their letter to the DOT inspector general, Democratic representatives Peter DeFazio of Oregon and Rick Larsen of Washington state cited the fact that passengers are traveling with bigger pieces of carry-on luggage to avoid paying checked bag fees. In a 2016 emergency landing at Chicago's O'Hare International Airport, many passengers ignored flight attendants' instructions to leave their bags behind, slowing the evacuation.

The representatives also mentioned the infuriating and dangerous practice of passengers filming emergency evacuations on their phones instead of getting the heck off the plane. Those are issues that didn't exist in the '90s, and could exacerbate the problems caused by tighter seat configurations.

Flyers Rights didn't respond to requests for comment on the odds of the FAA imposing regulations on seat size, but Goglia remains unconvinced.

"The FAA will give the appearance of studying it," he says. "It will require a bigger groundswell from the general travelling public before Congress really goes out on a limb and does something."

Now That's Another Problem
Goglia says that evacuation drills and simulations also don't take into account passenger fatigue after sitting in a cramped seat for hours. And since many airplane emergencies take place during landing, he says, dead-legged passengers will move even slower than normal. 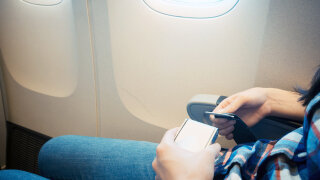 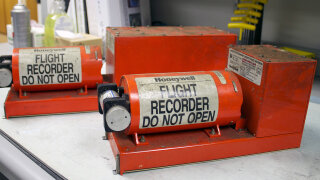 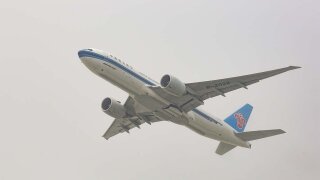