by Patrick J. Kiger Mar 24, 2017
Should the United States establish an independent military wing to handle conflict beyond our atmosphere? People Images/Adastra/Getty Images

It's easy to think that the United States Air Force operates in the skies, while NASA deals with space. But it may come as a surprise to learn that for years, the USAF has been launching the X-37B, a mysterious and robotic miniature version of the space shuttle, into space. While in orbit, the X-37B spends hundreds of days at a time performing classified experiments. According to The National Interest, that research includes developing a new type of high-efficiency propulsion system that could allow a spacecraft to stay in orbit longer, and to maneuver in and between orbits with agility. In the event of a future war in orbital space, U.S.-controlled drones similar to the X-37B might rapidly replace military satellites attacked by the Russians or Chinese — or, presumably, to counterattack the enemy's satellites.

If that sounds like a scenario out of a Tom Clancy novel, guess again — we're talking reality here, as the United States is preparing for the future of combat. In a January 2017 speech, Gen. John Hyten, leader of the U.S. Strategic Command, warned that Russia possesses anti-satellite weapons, and China has been hard at work on developing them. "In the not-too-distant future," he said, "they will be able to use that capability to threaten every spacecraft we have in space. We have to prevent that, and the best way to prevent war is to be prepared for war."

For decades, U.S. military efforts in space have been run by the U.S. Air Force's Space Command, which Hyten headed from 2014 to 2016. But some think the job of protecting U.S. interests in orbital space is so important that a special, separate branch of the military ought to be created to do it.

In a February 2017 essay, a retired Air Force colonel who is now a professor of strategic space studies at the Pentagon's Air University argues for the creation of a U.S. Space Corps, especially when considering the needs of a potential future space war. M.V. "Coyote" Smith, a former space weapons officer, writes that operating in orbit requires a different mindset from the rest of what the USAF does, and that space activities will never receive the funding or resources they need if they remain a part of another service.

A separate Space Corps, he writes, "would have the freedom to develop the best thinking on space operations," be better equipped to provide advice to the president and combat commanders, and to make an independent case to Congress for funding.

Smith didn't respond to requests for comment. But he's not the first to argue that a special space service is needed. Back in 1999, former U.S. Sen. Bob Smith, a Republican from New Hampshire, advocated for a separate space corps. And an Air War College paper published in 2000, for example, draws a parallel between the current need for a space corps to the post-World War I efforts of Gen. William "Billy" Mitchell to get Congress to fund strategic air power development. This 2006 article in The Space Review also advocates for an independent space force, saying that officers whose formative experiences came from flying planes in Earth's atmosphere "cannot be expected to instinctively understand the nature of space warfare."

President Trump is the latest to call for a space force. He brought up the need for a specialized military branch in March 2018 and in May 2018 as well. NPR notes that while Congress has supported the formation of such a group, not everyone in the Pentagon does.

If a foreign power fired a space-based energy weapon at another country, who would be in charge of the response?
Marc Ward/Stocktrek Images/Getty Images

Another argument for having a separate Space Corps is that the Air Force already is trying to do too many things, from operating satellites to waging electronic warfare, and that it gives short thrift to anything that doesn't involve flying airplanes.

"The Air Force went from being an 'air' force to an 'air and space' force, to an 'aerospace force' to an 'air, space and cyber force,' with Jet Jockeys still getting the lion's share of top AF positions," Joan Johnson-Freese, a national security affairs professor at the U.S. Naval War College who focuses on space security issues, says via email. "Gen. Hyten has gone a long way, but he's still not [Air Force] chief of staff. Until there is a separate space force, Air Force culture won't change and fighter pilots will still rule."

The idea of a U.S. Space Corps conjures up a mental image of astronauts strapped into space fighters armed with laser beams. But as Smith notes in his essay, the current Space Command is different from the rest of the Air Force, because flying isn't its mission — its earthbound personnel launch and supervise satellites. Even so, he writes, its units are organized into squadrons, units and wings that even borrow patches and logos from famous aviation units. He thinks that conveys the wrong message — that the Air Force "does not value space, space power or its space professionals."

In Smith's vision, the Space Corps not only would support terrestrial military efforts, but in some situations would take the lead. In the event of an attack against U.S. satellites, for example, the Space Corps' commander might direct other services to attack targets on Earth in order to thwart the space attackers. He also sees it acting as a sort of orbital police force, which would protect the commercial U.S. space industry and ensure that "all lawful and non-hostile actors enjoy the full benefits of spacefaring, regardless of national origin."

It would be up to Congress to create a separate military arm. But President Trump is pushing for it and a big boost in defense spending, including spending more to develop both defensive and offensive space weapons, so creation of an orbital force conceivably could become part of the debate.

Now That's Interesting
The 1967 Outer Space Treaty prohibits the establishing of military bases on the Moon and other planets, and bans the testing of weapons in those environments.

Can You Be Allergic to Your City?

8 of the 10 Most Dangerous U.S. Cities for Pedestrians Are in One State 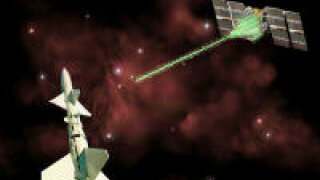 How Space Wars Will Work 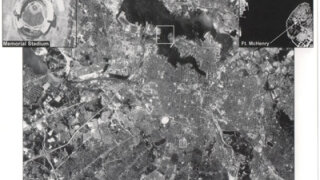