In 1977, Voyager 2 launched from Earth to carry out an unprecedented mission to the outer solar system. Today, NASA reported that the 41-year-old spacecraft has reached interstellar shores, more than 11 billion miles (18 billion kilometers) away, to begin a new phase of its mission between the stars.

Mission controllers were alerted to Voyager 2 entering interstellar space in November when its instruments detected a dramatic change in the space particles surrounding the spacecraft. Interstellar space lies just beyond the heliosphere, across a boundary called the heliopause. The heliosphere can be thought of as a magnetic bubble that's created by the sun, inflated by the solar wind — streams of charged particles that are continuously blowing into the heliosphere from the sun's lower atmosphere. The heliopause is the outermost region of the heliosphere, akin to the surface of a bubble, which separates the hot, tenuous solar wind from the cold and dense environment of the interstellar medium.

When monitoring data collected by Voyager 2's Plasma Science Experiment (PSE) on Nov. 5, 2018, the mission detected a very sharp decline in the quantity of high-energy particles associated with the solar wind. Three other instruments that measure space particles also detected a rapid decrease in solar wind particles and a sharp increase in cosmic rays; all evidence that pointed to Voyager 2 having left the solar wind and transitioning into an entirely different environment. Voyager 1 had already prepped us for this. In 2012, Voyager 1 also detected a steep decline in solar wind particle counts, signifying that it was the first of the pair to reach interstellar space. The PSE instrument stopped working for Voyager 1 in 1980, however, so Voyager 2 has been able to gather more in-depth information than its twin during this historic moment.

"There is still a lot to learn about the region of interstellar space immediately beyond the heliopause," said Ed Stone in the accompanying NASA/JPL press release. Stone is a Voyager project scientist who has been working on the Voyager program since 1972 and is now 82 years old.

Voyager 2 has cruised 11 billion miles and counting since the craft began its voyage in 1977.
NASA/JPL-Caltech

The Voyager probes are the only spacecraft capable of taking "in-situ" measurements of this enigmatic region, measurements that are going to be used to complement observations by other missions located a little closer to home. For example, NASA's Interstellar Boundary Explorer (IBEX) that is in Earth orbit is observing the interface between the heliosphere and interstellar space and trying to help astrophysicists understand how the interstellar medium interacts with the heliosphere as our solar system travels through interstellar space. With the help of Voyager 2's PSE, we can better understand the remote observations made by IBEX.

It's worth emphasizing that neither of the Voyager probes have physically left the solar system; they have left the heliosphere and entered interstellar space, but they have not escaped our star system, despite what some headlines have indicated. Some estimates suggest they won't do so for another 30,000 years! Our sun's gravitational influence reaches far beyond the heliopause, and countless billions of frozen objects occupy a region stretching as far away as 100,000 AU from the sun. One astronomical unit (or AU) is the average distance from the sun to Earth. At 11 billion miles, Voyager 2 is more than 122 AU away from Earth — which is still a very long way away, but certainly not beyond the solar system. As a comparison, Pluto's average distance from the sun is "only" 40 AU!

It's the length of time it takes to communicate with the Voyagers that underscores just how far away they are, however. It takes nearly 17 hours for a radio signal, traveling at the speed of light from Earth, to reach Voyager 2 — as a comparison, it takes a little more than eight minutes for light to travel from the sun to Earth.

Voyager 2 was launched in Aug. 20, 1977, 16 days before Voyager 1 and both were tasked with touring the outer solar system's planets. Now, 41 years later, the pair of robotic space explorers have left the planets far behind and represent humanity's first baby steps into the mysterious interstellar expanse. The science they continue to send back to Earth gives us a taste of the interstellar ocean and will prepare us if we, too, take that plunge to travel to other stars, and become a star-hopping species in the distant future.

Now That's Interesting
In another 40,000 years, Voyager 1 will be closer to another star than to the sun, according to NASA.

Lonesome George Lived to Be 100 Years Old. Genome Sequencing Is Figuring Out How 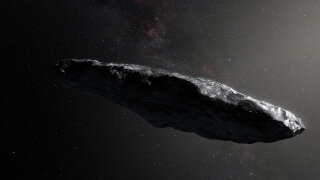 How are the Voyager spacecraft able to transmit radio messages so far? 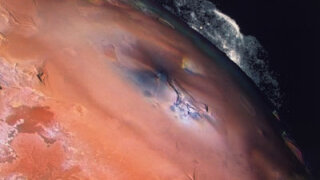 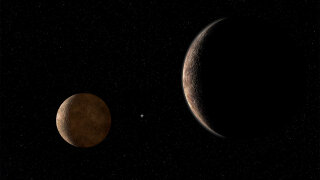