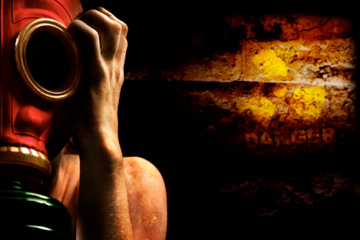 How will we wage war in 2050?
Hemera/Thinkstock

Warfare has changed drastically over the years. Here’s what we think the future of warfare has in store for us even as we hope that the question becomes purely academic. What’s your prediction about the future of war? Let us know in our comments section.

According to the narrator in "Fallout 3," war never changes. Philosophically, he may be right. But when it comes to tactics, strategy, equipment and the theater of war, he couldn't be more wrong.

What is the future of war? If we base our predictions on today's conflicts, we have several different scenarios. Some involve using technology to minimize risk. Others involve the riskiest technology to date -- the power of the atom.

Let's begin with the war on terror. This war is different from previous wars -- it's a war against ideology rather than another nation or state. It's challenging to wage this kind of war -- the leadership and resources of the enemy are spread out across the globe. There's no centralized capitol city to target, strategic land to seize or enemy army base to focus on. Warfare may occur in the streets of cities with enemy targets adjacent to buildings full of innocent citizens.

Based on this model, wars of the future will be fought between relatively small, mobile squadrons with versatile equipment. A key element in this kind of warfare is intelligence. Gathering the right information, processing it and acting on it is key to engaging the enemy without risking innocent populations. In the future, we may see robots used to help clear out enemies, keeping our soldiers out of harm's way. When only human soldiers will suffice, we'll see them carrying equipment allowing them quick communication to coordinate efforts as efficiently as possible.

What about nuclear war? During the Cold War, proliferation of nuclear weapons became a serious problem. The United States and the then USSR competed fiercely to build more warheads and missiles. At the end of the Cold War, both nations began to dismantle their nuclear programs. But since then, other nations have joined the nuclear powers and tensions between countries have renewed. Could the future of war really be a nuclear strike?

If it is, the entire world will feel the consequences. Nations spared a direct attack may have to deal with nuclear fallout. The impact on the global economy will be so vast that every life on Earth will be affected.

Could we see another war like World War II, in which armies, navies and aircraft clash? That sort of global conflict doesn't seem likely but it remains a possibility for isolated wars between smaller nations. What do you think? What is the future of war? Share with us your predictions in our comments!