A powerful and deadly nerve agent developed by the Soviet Union during the Cold War may be behind the death of a British woman in a true-life story seemingly lifted from the pages of a spy thriller.

The woman, 44-year-old Dawn Sturgess, apparently became infected by Novichok, a group of compounds that are considered among the deadliest chemical weapons in the world. The British assert that the Russians unleashed Novichok earlier this year in a botched assassination attempt on former Russian spy Sergei Skripal and his daughter in the small town of Amesbury in southern England.

According to the Brits, Sturgess and her friend were exposed to some residue — authorities aren't quite sure how — in or around Amesbury in late June left over from the March attack on Skripal who lived nearby in Salisbury.

Thanks to some quick action by medical teams, Skripal and his daughter survived the March attack. But Sturgess died on July 8, 2018. A friend with her at the time is still hospitalized in critical condition.

The Russians are denying the charge, even suggesting that the British are blaming them in a bid to cast a shadow over the 2018 FIFA World Cup (which is being hosted by Russia) and the July 16 Russia-U.S. summit in Helsinki.

The Brits are convinced who's at fault. "The simple reality is that Russia has committed an attack on British soil which has seen the death of a British citizen," British Defense Secretary Gavin Williamson said in front of parliament on July 9.

This sordid story has put a spotlight on Novichok, created secretly by the Soviet Union in the 1970s or 1980s, according to "Responding to Terrorism: A Medical Handbook." The most potent of the Novichok compounds are considered deadlier than VX, the poison used to kill North Korean leader Kim Jong-un's half-brother in 2017, and other nerve agents, including sarin, tabun and soman.

Novichok acts like many other nerve agents. What makes it unique, though, is that it is designed specifically to be undetectable by most conventional measures — something the Soviets intentionally did to evade international restrictions on chemical weapons. Insidiously, Novichok compounds are also designed to defeat protective gear.

The compounds are thought to take the form of a very fine powder, though much of the specifics of the poison remains secret. The Skripals, reports say, were infected with Novichok spread on a door knob.

"These toxicants, they interfere or inhibit or stop the body from breaking down one of the essential neurotransmitters, acetylcholine," says Ziad Kazzi, an emergency physician and toxicologist, and associate professor of emergency medicine at Emory University in Atlanta. "The thing about Novichok is it's very potent, so a very small amount can cause this toxidrome and cause death."

When inhaled or absorbed through the skin, these agents affect muscles and nerves throughout the body, and vastly over-stimulate glands.

"People die for a few reasons," Kazzi says. "They die because they can't breathe ... or because they have so many secretions in their lungs ... that they can't oxygenate or ventilate."

From the Organisation for the Prohibition of Chemical Weapons:

Symptoms, which can appear as quickly as 30 seconds, include foaming at the mouth, hallucinations and pinpoint pupils. Authorities reported that both Sturgess and her friend exhibited those symptoms, as did the Skripals and a detective on the scene of the first attack.

Novichok agents are made up of two inert compounds, which are essentially harmless making them easier to handle, transport and hide. They don't become deadly until they are mixed together — even in small amounts.

"Oh, you're talking about microgram quantities," Alastair Hay, professor emeritus of environmental toxicology at the University of Leeds, told NPR. "Maybe 50 to 100 micrograms, you know, and a microgram being 1 millionth of a gram. So tiny amounts really."

Many factors determine how effective a poison is, including potency, physical form (whether it's liquid or powder), the route it takes into the body (inhalation is usually faster than through the skin), the health of the person affected and how persistent the poison is, Emory's Kazzi says. If the Novichok that poisoned the Skripals, for example, is the same that killed Sturgess and sickened her friend — that's still unknown — that shows that the agent stuck around for weeks.

Similarly, the treatment for someone affected by a poison like Novichok depends on a variety of factors, including perhaps first and foremost, a rapid and accurate diagnosis.

Generally, those stricken by a chemical agent like Novichok are intubated and ventilated first, to aid them in breathing, and given the drug atropine, which dries up the secretions in their bodies. Other drugs, including the poison treatment drug pralidoxime, could be prescribed.

"We are prepared," says Kazzi. "Again, we still don't know how well [those poisoned with Novichok] responded. But if [those drugs] have worked, then we could potentially respond. We have the capabilities and the capacity to respond. If it's what we're talking about. Who knows?"

As recently as last fall, Russian President Vladimir Putin, in a ceremony broadcast on state television, declared that the country had destroyed the last of its chemical weapons, as required under the Chemical Weapons Convention, signed in 1993.

But that declaration, like many other parts of this dark, deadly story, is now under scrutiny.

"It is difficult to imagine a scenario that doesn't have Russian hands all over it," Hamish de Bretton-Gordon, a former commanding officer of the U.K.'s Chemical, Biological, Radiological and Nuclear (CBRN) Regiment, told CNN earlier this year. "[T]he chance that perhaps some of these Novichoks have been stolen by criminals or terrorists from Russia is a possibility ... but I think highly unlikely."

NOW THAT'S INTERESTING
Sergei Skripal and his daughter Yulia Skripal survived in large part because of some fast action from medical staff ... and the fact that Porton Down, a secret British research facility that specializes in chemical weapons, was nearby. Scientists at Porton Down processed tests and suggested treatment for them. From 1945-1989, according to a study by the University of Kent, some 3,400 servicemen took part in nerve agent trials at Porton Down. One 1953 experiment led to the death of a 20-year-old British Royal Air Force engineer, Ronald Maddison, who died after being intentionally exposed to the nerve agent sarin.

Back to the Caveman: Are Emojis Replacing Words?

Who's Eating These Hot-as-Hellfire Peppers? 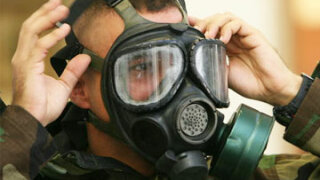 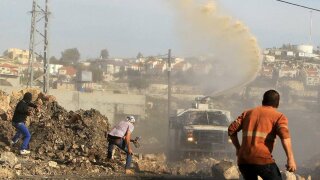 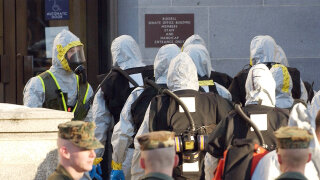