The Simple Difference Between Ballistic Missiles and Cruise Missiles 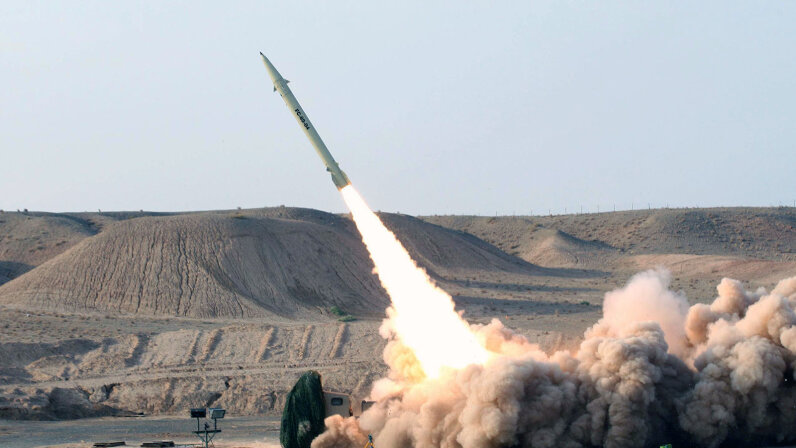 The surface-to-surface Fateh 110 ballistic missile (seen here) is made in and by Iran and is thought to be one of the ballistic missiles used by Iran in the Jan. 7, 2020, attack on U.S. airbases in Iraq. Mohsen Shandiz/Corbis via Getty Images

Things got real, though, on Jan. 7, 2020, when Iran launched more than a dozen ballistic missiles at two Iraqi military bases housing U.S. troops. This was not a test launch. It was Iran's retaliation for the U.S. drone strike that killed Iran Gen. Qassem Soleimani on Jan. 3, 2020. There were no casualties and Iran's Foreign Minister Mohammad Javad Zarif defended the missile strike on the U.S. bases in Iraq, saying it was an act of "self-defense."

But for the non-military minded among us, these ballistic missile launches — both the constant test launches in North Korea and the intentional strikes on U.S. bases in Iraq — may raise a good question: What exactly is a ballistic missile, anyway? Is there something about the ballistic part that makes a missile even more dangerous? After all, when someone freaks out we say they've "gone ballistic."

According to the Federation of American Scientists, a ballistic missile is one that has a ballistic trajectory over most of its flight path. What that means is that once the missile burns up the fuel that propels it, the missile keeps moving, the same way that a bullet does after it's been fired out of a gun. Once the fuel is gone, the missile's direction can't be altered. It follows a path determined by the speed of its launch and the force of gravity trying to pull it back toward the Earth's surface. Eventually, gravity guides the missile — and its payload, which might be an explosive, a chemical or biological weapon, or a nuclear device — down toward its target.

Ballistic missiles first came into use during World War II, when the Germans used a ballistic missile called the V-2 to attack London. British air defenses designed to stop aircraft couldn't stop the V-2s, because the rockets traveled too high into the upper atmosphere and moved too fast.

After the war, the U.S., with the help of captured German technology and scientists, built its own arsenal of even more powerful intercontinental ballistic missiles (ICBMs) capable of unleashing nuclear destruction upon targets on the other side of the world. The Soviet Union and China built ICBMs as well, setting up a world where a nuclear war was deterred by the prospect of mutual assured destruction.

Now That's Scary
The North Korean regime successfully tested intercontinental ballistic missiles (ICBM) in July and November 2017. Its Hwasong-15 ICBM reached an altitude of 2,780 miles (4,475 kilometers) and flew about 590 miles (1,000 kilometers) before landing in the sea off the coast of Japan. Analysts estimate the Hwasong-15 has a potential range of 8,100 miles (13,000 kilometers). If it's fired on a flatter trajectory, it could reach potentially reach anywhere on the U.S. mainland.