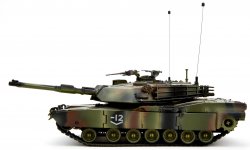 Oh I'm sorry, BMW, were you saying something?
iStockphoto/Thinkstock

Fun fact: If a car (preferably a luxury car) is parked in an illegal spot, you can completely solve the problem by plowing over it with an armored tank. Just ask Vilnius, Lithuania, mayor Arturas Zuokas.

OK, so that's not really research, but the stunt is hilarious to watch, even though the end result – a viral video and a useless pile of once-expensive scrap metal – is pretty predictable. So why do scientists, who last time we checked were not cranky mayors with tanks at their disposal who wanted to make a point, get tangled up in research that seems just as flat-out obvious?

Sometimes, it's an attempt to finally get some real data behind those observations everyone knows, or to disprove the things everyone knows but aren't really true. Especially when it comes to controversy, getting some science to support all that anecdotal evidence can be a good plan. But every once in a while, you have to wonder. Here are 10 studies that raised our eyebrows (but not necessarily our IQs).