by Melanie Radzicki McManus Sep 27, 2018
Are we living in a simulation? That's what Daniel and Jorge want to know on their new podcast. DanielandJorge.com

The idea seems comical at first: What if we're all characters in a giant computer simulation controlled by superior beings? But a lot of scientists aren't laughing at the notion. In fact, some think there's a decent chance we truly are living in some sort of virtual reality.

Particle physicist Daniel Whiteson and roboticist-turned-cartoonist Jorge Cham tackle this mindboggling notion in the "Are we living in a simulation?" episode of their new podcast, Daniel and Jorge Explain the Universe. The podcast digs in to some of the simple, yet profound, questions about the universe in an easy-to-understand manner.

Whiteson, who works at CERN, says while many scoff at the sci-fi notion that we're living in a computer simulation, they should take it seriously. "Part of the job of being a physicist is being prepared for making mind-blowing discoveries," he says. "The best kind of physics discoveries are the ones that completely change your view of the universe."

One person who has no problem being open to crazy, new ideas is Elon Musk, the CEO of Tesla and SpaceX, and one of the more influential players when it comes to futurism. In an interview at Code Conference 2016, Musk noted that in just 40 years, gaming has advanced from the Neanderthal-like "Pong" of the 1970s to today's sophisticated and realistic online games, which can be played by millions simultaneously. Based on such rapid advancement, Musk said it won't be long before we're able to create simulations indistinguishable from reality. Couple that with today's insane computing speed, and Musk said it's quite possible an advanced civilization of the future created a computer simulation of their ancestors — us — to see how we lived. Meaning that the advanced civilization and the future are now, and we're not real.

Whiteson and Cham agree with the video games analogy. Though Cham is more skeptical, Whiteson refutes the argument that because the universe feels so real, it couldn't be a simulation. Computers are getting way more sophisticated all the time.

"Physics is trying to figure out what are the rules of this universe, what [is] the underlying code that runs this universe," says Whiteson. After all, the universe does seem to follow some rules. "Now that we have powerful computer programs, people wonder, if you were in a computer program and trying to figure out the rules of that simulated universe were, you'd be essentially trying to understand what is the physics coded into that universe."

"You'd be a physicist," agrees Cham.

At a 2016 debate held at the American Museum of Natural History, astrophysicist Neil deGrasse Tyson, director of the museum's Hayden Planetarium, put the odds at 50-50 that we're not real, pointing to the fact that while we share more than 98 percent of our DNA with chimps, humans have a far superior intellect. Thus, he said, it's possible — likely, even — that there are others out in the universe much smarter than we are, who might delight in creating a fake universe, just for fun.

So how would we go about testing whether the universe is real or just a giant simulation? That's the tough part. The hypothesis may be largely untestable. But Whiteson and Cham have some theories about how they would do it. To find out what those are, you'll have to listen to the podcast.

NOW THAT'S INTERESTING
Pong first debuted in 1972, as an arcade video game; the first console was placed in a Sunnyvale, California bar. In 1975, Sears released a home version of Pong under the brand name Tele-Game. 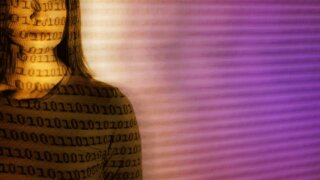 Are we living in a computer simulation? 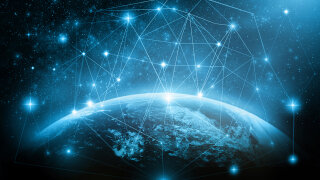 Reality Probably Isn't a Computer Simulation After All, Analysis Finds 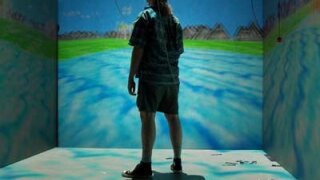