by Jesslyn Shields
Next
New Jersey prohibition director Colonel Ira Reeves (right) admonishes a Newark garage owner for advertising alcohol with the wrong kind of sign, circa 1927. He is handing the owner an acceptable sign, which specifies that the alcohol is denatured and for use in car radiators. FPG/Hulton Archive/Getty Images/HowStuffWorks

There aren't many nontoxic products in the world that somebody's taken extra effort to make toxic before they sell it to people, but denatured alcohol is one of those products.

Ethyl alcohol, or ethanol, is a really handy solvent — it can fuel small stoves, disinfect surfaces or preserve a fetal pig for who knows how long. But ethanol is also alcohol, which people like to drink. While the average alcoholic beverage contains between 5 to 40 percent alcohol, ethanol used as an antiseptic often contains between 60 and 90 percent alcohol. So, how do you keep people from drinking it? You denature it — make it smell and taste terrible, and also make it poisonous!

Denatured alcohol, or methylated spirits, is just alcohol with some stuff added to it to make it bitter and dangerous to consume — primarily methanol, but also often isopropyl alcohol (which is dangerous to consume in any quantity), acetone, ketones and other toxic chemicals. Whatever substance is added to the alcohol to make it unpalatable, it probably also increases your risk of cancer, affects your nervous system and organs, and could possibly even kill you. Methanol can even be absorbed through the skin, which can cause some serious health effects like neurological damage, so don't try using it in your homemade perfumes! In some countries, denatured alcohol is dyed pale blue or purple as a warning not to drink it, but in the United States, denatured alcohol looks exactly like vodka.

This denatured alcohol poison label explicitly lays out the danger of a snort or two.
HA! Designs-Artbyheather/Flickr (CC BY 2.0)

Ethanol used for industrial purposes began to be denatured with methanol in the early 20th century so the companies making it could make it undrinkable, and therefore tax it at a lower rate than alcohol meant for consumption. During Prohibition even more toxic chemicals were added to make extra sure nobody would drink the stuff.

These days, denatured alcohol comes in different grades — some can be safely used in hand sanitizers and cosmetics, while other types used for heavy duty jobs like paint removal and pest control shouldn't even be touched. Rubbing alcohol, which is denatured isopropyl or ethyl alcohol that's more commonly used for medical purposes, is also toxic if ingested, even if it is safe to put it on your cuts and scrapes.

In 2007, New Zealand removed methanol from their denatured alcohol. 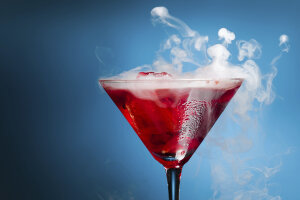 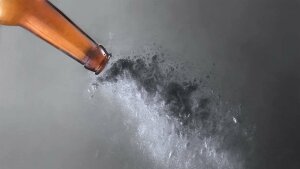 Powdered Alcohol: Banned Before It's Even a Thing? 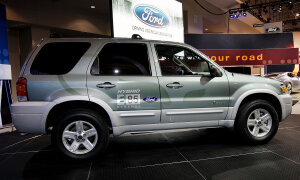 Can ethanol damage your engine?