by Mark Mancini Sep 22, 2019
This rendering shows Carbon Engineering's proposed air contactor design. This unit would be one of several that would collectively capture 1 million tons (907,184 metric tons) of CO2 per year. Carbon Engineering

Svante Arrhenius was a Swedish electrochemist who, in 1895, predicted that manmade carbon dioxide emissions would dramatically transform Earth's climate. You and I live in the future he saw coming. So far, the last five years (2014-2018) have been the five hottest years ever recorded. And just as Arrhenius suspected, the main cause of this warming trend is all the CO2 we keep pumping into the atmosphere. The scale of the problem is jaw-dropping: In the year 2017 alone, human beings unleashed 36.8 billion metric tons — or 40.5 billion U.S. tons — of this world-altering greenhouse gas.

Much of the blame falls on our transportation infrastructure. Around 20 percent of global CO2 emissions are made by cars, trucks, airplanes and other vehicles. Wouldn't it be nice if we could pull CO2 out of thin air and incorporate it into a new kind of vehicular fuel that's better for the environment?

We may be ready to start doing that. The energy research journal Joule published a study led by Harvard professor David Keith. An experimental physicist and public policy expert, Keith founded the company Carbon Engineering (CE) in 2009. The organization's mission is to "develop and commercialize technology that captures industrial-scale quantities of CO2 directly from the air."

With the help of Bill Gates and other investors, CE was able to open a $9 million Direct Air Capture (DAC) plant in 2015. Located in Squamish, British Columbia, the facility uses large fans to pull outside air through filters coated with a liquid solution that traps carbon dioxide. Then the captured gas is converted into small pellets of calcium carbonate.

Using these pellets, CE has made synthetic gasoline, diesel and even jet fuel. The advantages of this "air-to-fuel" (or "A2F") process are considerable. Whereas naturally occurring fossil fuels are notoriously finite, these manmade liquids are renewable. And since they're produced with recycled CO2, they don't contribute to mankind's carbon footprint. Plus, our existing vehicles wouldn't need to be modified in any way to start running on the synthetic fuels.

The CO2 captured from DAC plants can also be stored underground. This helps negate emissions required to reduce global climate change. When the CO2 from DAC plants is permanently sequestered, the plants are eligible for tax credits, including California's Low Carbon Fuel Standard (LCFS).

Today, CE has a commercial validation project to test the final risks at a larger scale to be able to sell the synthetic fuels to commercial customers. CE will ultimately use the data from the DAC to finalize the design for its full scale commercial facilities.

Over in Switzerland, there's another carbon capture plant run by Climeworks, a separate company that now sells recycled CO2. But if this technology is going to make a significant dent in our carbon emissions problem, we'll need a lot of new plants. The cost-effectiveness of the whole A2F procedure is therefore worth discussing.

MIT engineer Howard Herzog estimated that it would cost an air capture facility $1,000 to generate a single U.S. ton (or 0.9 metric tons) of usable CO2. Keith's new paper begs to differ. According to his calculations, the process costs a more reasonable $94 to $242 per U.S. ton. "We can confidently say that while air capture is not some magical cheap solution, it is a viable and buildable technology for producing carbon-neutral fuels in the immediate future and for removing carbon in the long run," Keith said in a press statement.

Now That Stinks
When cows and other farm animals burp or fart, they're contributing to climate change. The methane in livestock belches and flatulence makes up 39 percent of all agriculture-related greenhouse gas emissions.

How Humans Have Made a Mess of Mink 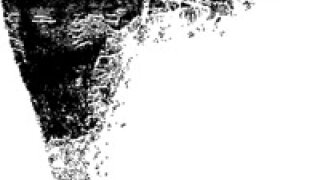 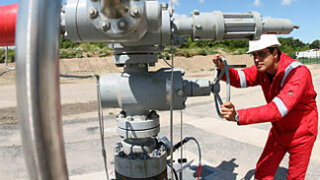 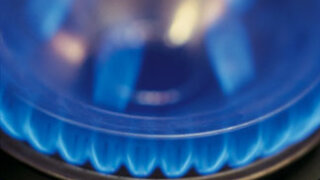 When will we run out of fossil fuels?