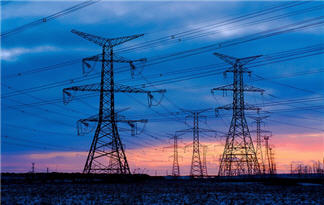 How will the smart grid work?
Ian Muttoo/Creative Commons

For most of the developed world, a flick of a switch brings the lights, television, computer, and dozens of other gadgets and appliances to life without question. This seemingly simple luxury, however, masks a complex network of interactions between a variety of suppliers and services, both public and private. Communication between these entities is complicated -- but smart grid technology attempts to make it more effective, more interactive, and ultimately, more efficient.

The term grid itself is a bit confusing in that it typically conjures an image of a linear pattern, like the streets of Manhattan or a page of graphing paper. In fact, when people talk about the power grid, what they are actually referring to is a network. This network is made up of generation plants, transmission lines, and transformers -- which convert and distribute high-voltage power into homes.

It is also problematic because "grid" doesn’t really describe scale in any specific way. It can, of course, mean a single chain that goes from a power plant into an individuals home. It can also mean an entire country -- or continent’s -- power system.

The reality is that the single chain rarely exists anymore. In most places, power from a number of generation plants is carried via a series of transmission lines and transformers and adjusted -- often manually -- to deal with fluctuations in demand and capacity.

Managing this network in a more responsive and efficient way is the goal of the smart grid.

The smart grid uses computer technology to improve the communication, automation, and connectivity of the various components of the power network. This allows -- as an example -- for bulk transmission of power gathered from multiple generation plants. It also improves distribution by relaying information from consumers to transformers and generation plants.

One key element to this system is the installation of smart meters in homes and businesses. Replacing the traditional analog meters, these digital devices are capable of two-way communication -- relaying information about both supply and demand between producers and consumers.

The data collected via smart meters, too, is essential to the function of the smart grid. By analyzing this data, power generation plants are able to better predict and respond to periods of peak demand. This allows them to reduce production when less power is needed and quickly ramp up generation when peak periods approach.

By harnessing the power of computers, communications, and data analysis technologies, the smart grid improves the flexibility and efficiency of the traditional grid and opens up new opportunities for more intermittent generation methods -- like wind and solar -- and new stresses to the network, like electric cars.