Thi­nk fast: How cl­ose­ do you live to your local grocery store? Most of us don't know. As long as it's close to home, it's not a problem. But when you don't have a local grocery store, or you have one but it's too far away to get to without transportation, figuring out how you'll buy your groceries becomes a big problem.

For the past decade, Americans have driven an average of 6 miles (9 kilometers) between home and their closest grocery store. For rural Americans, especially those in the South, the trip can be much longer -- for example, in the food landscape of the Lower Mississippi Delta, you'll likely find one supermarket serving a 190.5-square-mile (493-square-kilometer) area. There, residents could expect to drive 30 miles (48 kilometers) or more from home to store [source: Hinrichs]. This phenomenon is called a food desert.

The term dates back at least a decade when it was used to describe how urban supermarkets in the United Kingdom were receding into the suburbs. But since the imbalance of food choices isn't limited to one region of the world, the expressi­on is now used to describe the occurrence around the globe, including areas of North America, Latin America, Asia and Australia.

­Defining a food desert isn't an absolute science -- factors such as location, race, socioeconomics and access to transportation are all part of the equation. Food deserts are large geographic areas where mainstream grocery stores are scarce or missing. They are found predominantly in low-income areas, although not everyone living in a food desert is poor. They can be in urban, suburban or rural communities. But where the definition gets fuzzy is in the details. For example, how far is too far to travel to shop for healthy foods? The answer to that depends on each community's makeup: Do people have access to public transportation? Do they rely on cars? Do they have to walk? Ten miles may be too far, or just one mile -- it's specific to the neighborhood.

Food deserts aren't mere inconveniences to the people who live within one; they're an example of food insecurity and they negatively affect public health. Let's look more deeply at these problems, as well as the proposed ways of getting fresh foods into underserved communities.

Food deserts often go hand in hand with food insecurity. Food insecurity means people aren't sure where their food will come from. In addition, they have little-to-no access to nutritious food and are likely to have unbalanced diets and skip meals. There are almost 1 billion food-insecure people in the countries with the lowest incomes levels [source: USDA]. In 2006, 35.5 million people in the United States alone lived in food-insecure homes -- especially at risk are people living below the poverty line, Hispanics, African-Americans, households with children and those headed by single women [source: USDA and Food Research and Action Center].

How did it get to be this way? Economics. Fifty years ago, small neighborhood mom-and-pop markets were common in urban neighborhoods and small towns. But today, such markets only make up 17 percent of the grocery landscape in the United States [source: Hirsch]. Store owners want to turn a profit and go where they can serve the most people while meeting their own financial goals.

But store owners are only part of the picture -- store size also factors in. People like a bargain, and although bargain-oriented superstores can seem hard to escape, they're often too big fo­r rural communities, yet don't fit easily in tightly packed urban neighborhoods. Many grocers and superstores wind up clustering in the suburbs. The U.S. Department of Agriculture estimates that groceries sold in food deserts cost an average of 10 percent more than groceries sold in suburban markets, meaning people in low-income communities impacted by food insecurity may pay more money for their food [source: Hirsch].

While mainstream grocery stores with an affordable variety of food may be lacking or far away, many communities in food deserts do actually have access to food. It's just that the buffet includes a selection of unhealthy processed foods -- known as fringe foods -- from fast-food restaurants, small corner convenience stores and liquor stores. Compare the distance between the closest fast-food restaurant and closest grocery store -- this is the food balance factor. When a fast-food restaurant is significantly closer to your home than a grocery store, things are unbalanced. The convenience store at the corner gas station isn't so convenient if you want to include fruits and vegetables in your diet. Chips may be tasty but they've never been part of the USDA's food pyramid.

Living on fringe food is bad for your wallet and it's also bad for your health. Obesity is linked to non-nutritious foods, and it's a drain not only on the body but on the health care industry, employers and the government. The estimated cost to the U.S. health care system due to obesity and obesity-related problems is $100 billion a year [source: Gallagher]. Diet-related health problems are disproportionately higher in food deserts than in regions served by mainstream grocers. You are what you eat, as the saying goes, and poor quality foods are also linked chronic illnesses, cancer, cardiovascular disease, diabetes, hypertension and even premature death. When nutritious foods aren't available, it's hard to eat healthily.

No one has the answer for how to get food to underserved areas but advocacy groups are working on it. One innovative solution is a new mobile food pantry program -- yes, a market in a van -- that brings healthy foods directly to the people. Residents in rural food deserts are benefiting from online community supported agriculture (CSAs), where they order produce from local farmers. And when all else fails, do it yourself: Gardening is growing in some cities, at home and in shared urban community plots. 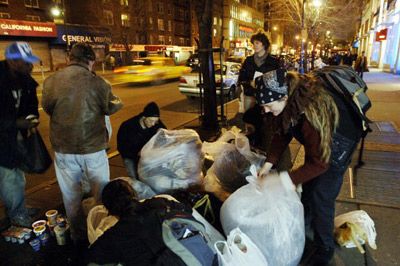 Up Next
­How Freegans Work
Explore More 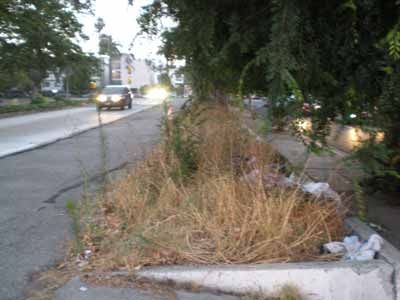 You May Like
How Guerrilla Gardening Works
Explore More