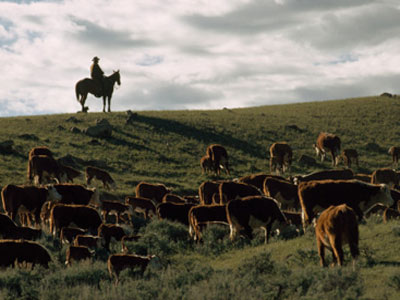 ­Like Tom and Jerry, ra­nchers and conservationists normally don't get along. Ranchers are stereotyped as land-hungry graziers whose profession tears up the countryside, and conservationists as snooty ecomaniacs who care more about wildflowers than their fellow man. Neither characterization is entirely true, of course, and with grass banking, growing contingencies from both parties are starting to see that they can actually work together to accomplish their goals.

Grass banking is a relatively new practice where property owners lease land to ranchers at a discount in exchange for ranchers to carry out conservation-related projects on their pastures. The agreement enables ranchers to stay in business by providing their cattle with fresh sources of grass and their heavily grazed land with a much needed rest. At the same time, it gives the landowners -- usually groups with an interest in conservation -- an opportunity to preserve more land than they'd normally be able to.

­At present, many of these so-called grass banks are found in the western United States -- cattle country. The first one sprouted up in 1994 when Drummond Hadley of the Animas Foundation partnered with the Malpai Borderlands Group to entice local ranchers to participate in conservation easements in return for cheap grazing privileges on the group's 502-square-mile (1,300-square-kilometer) ranch in New Mexico [source: Herring]. The easements, which are roughly equal in value to the forage that cattle consume, are voluntary legal agreements landowners sign in order to limit development on their property now and in the future. These easements require the ranchers to protect their land and keep it healthy with restoration projects.

Since that first grass bank was started more than a decade ago, dozens of others have popped up, effectively saving both the ranchers and the prairies from extinction. On the one hand are the ranchers, whose way of life is slowly disappearing -- either giving way to increased cropland for farming or to neighborhood developments. Many of them struggle just to stay afloat, especially during times of drought, which affects the land that their herds depend on.

To these ranchers, grass banks are a way to stay in business. By providing inexpensive supplemental pastures during downtime, the leased land enables them to continue their way of life. And the grass on their own pastures comes back even greener when they return.

­To the landowners, the deal is just as sweet. Rather than protecting just their own land, they're able to protect other land as well via the conservation agreements -- not to mention the added benefit that limited grazing can bring to the leased land. By many accounts, it's fair to say that those involved find grass banking to be a wise investment. Find out what's involved with grass banking on the next page and what some of the detractors are saying. 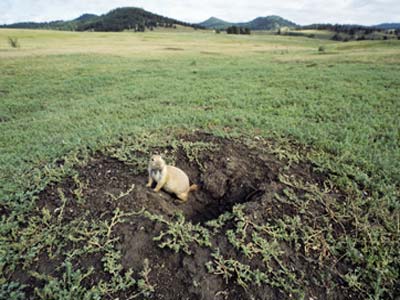