Tips for Minimizing Your Carbon Footprint 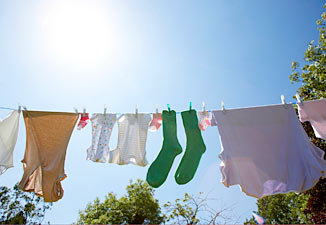 How big is your carbon footprint?
Thinkstock

Environmental awareness is at an all-time high. We've moved beyond the message that littering is bad -- today we have Web sites, television programs, documentaries and books examining our impact upon the environment. As our knowledge increases, so too does our desire to do something about the situation. What can you do to help reduce any negative impact on the environment?

That's the first step to minimizing your carbon footprint -- determining how much carbon dioxide you produce. There are many different carbon footprint calculators on the Web. You may want to try several of them to see if you get similar results. Some will only ask for major sources of carbon dioxide production, such as the amount of electricity you use or how many flights you take a year. Others get more granular.

Reducing your carbon footprint will require sacrifices. It may also require you to invest in alternative ways to generate electricity or travel.