Why would circumcision decrease a man's risk of contracting AIDS? 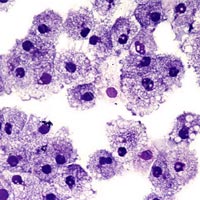 The results of three studies show that an uncircumcised man is twice as likely to contract AIDS from an infected woman as is a circumcised one.

Three separate studies designed to clinically assess the connection between circumcision and a lower risk of getting AIDS began in 2002. In 2005, the first set of results came in. In the study conducted in Orange Farm township, South Africa, preliminary results showed an astounding 63 percent decrease HIV infection in circumcised, heterosexual men compared to uncircumcised, heterosexual men. The French and South African scientists heading up the study ended it early for ethical reasons. With such dramatic results, they needed to stop the study and offer circumcision procedures to the men in the uncircumcised group.

Circumcision is a medical procedure to remove the foreskin of the penis. In Africa, about 70 percent of men are circumcised either at birth or in adolescence, but circumcision rates vary drastically between regions based on cultural norms. This is one of the points that tipped off researchers in the late '80s to the possible protective effect of circumcision: Regions with much higher circumcision rates had much lower AIDS rates.

The scientific community was excited by the Orange Farm findings but wary: They'd wait for the results of the other two trials, those conducted in Kenya and Uganda, respectively, before getting all worked up. The Orange Farm results backed up the protective-effect theory. A number of studies since 1989 had also confirmed this theory, but they were too small and not tightly controlled. The Orange Farm study was the first large-scale trial to report its findings. In this trial, 3,273 men had taken part, and all scientific controls were observed tightly.

In the Kenyan study, there were 3,000 subjects. The Ugandan trial had 5,000. And now the results are in. The Ugandan study reports a 48 percent reduction in AIDS infection in the circumcised group; that reduction is 53 percent in the Kenyan findings. These studies were also ended early, once preliminary results were in, in order to offer the men in the control group the opportunity to get circumcised.

­ The numbers are pretty shocking, especially considering that AIDS vaccine researchers typically aim for a 30 percent decrease in risk of infection from intercourse with an infected partner. Why might circumcision offer such a high protective effect? It may have to do with the composition of that foreskin that gets removed during circumcision.

­First, the foreskin is delicate and very susceptible to tears during intercourse. This provides an easy entry point for the AIDS virus, which creeps in through the torn blood vessels. But the bigger issue is the high concentration of a type of white blood cell in the foreskin. Langerhans cells are present in the foreskin, and especially in the underside of the foreskin, in very high concentrations. These cells are "sentinel cells" of the immune system. Located in the skin, they are some of the first to detect and pick up an antigen for processing. An antigen is a foreign substance that triggers an immune response when it gets in the body. A virus, such as HIV, contains antigens.

Because there are so many Langerhans cells in the foreskin, and because these particular cells seem to be excellent at binding to HIV antigens, when the foreskin tears during sex with an HIV-infected woman, there is a very good chance that those blood cells are going to contact and bind to the virus. Langerhans cells are supposed to trigger the immune system's antibody response that fights off the virus; but once HIV gets in, the immune system can't seem to fight it effectively. Once the foreskin is removed, the increased risk of blood exposure and the higher concentration of HIV-receptors in that blood disappears.

Every year, more than 5 million people contract HIV. In Africa, 25 million people are infected. Researchers believe that encouraging circumcision and offering the procedure for little or no cost could put a serious dent in the spread rate, although religious and cultural beliefs in various regions could make circumcision unlikely and dangerous to encourage due to improper sanitation procedures. Still, after the results of the Kenyan and Ugandan studies came in, the two largest AIDS-fighting organizations in the world, the Global Fund to Fight AIDS, Tuberculosis and Malaria and the Emergency Plan for AIDS Relief, have agreed to begin funding circumcision procedures in Africa as a method of AIDS prevention.

For more information on AIDS prevention and related topics, check out the next page.