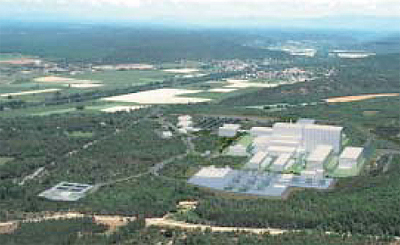 Fusion reactors have been getting a lot of press recently because they offer some major advantages over other power sources. They will use abundant sources of fuel, they will not leak radiation above normal background levels and they will produce less radioactive waste than current fission reactors.

Nobody has put the technology into practice yet, but working reactors aren't actually that far off. Fusion reactors are now in experimental stages at several laboratories in the United States and around the world.

A consortium from the United States, Russia, Europe and Japan has proposed to build a fusion reactor called the International Thermonuclear Experimental Reactor (ITER) in Cadarache, France, to demonstrate the feasibility of using sustained fusion reactions for making electricity. In this article, we'll learn about nuclear fusion and see how the ITER reactor will work.