Ghost Tape No. 10: The Haunted Mixtape of the Vietnam War

by Alia Hoyt May 16, 2017
A Viet Cong detachment going into battle during the Vietnam War, January 1967. In the foreground is the body of a dead American soldier. Keystone/Hulton Archive/Getty Images

Imagine you're a Viet Cong soldier and you start to hear eerie sounds of voices wailing in the jungle. You see no one, just hear these disembodied voices. What do you think?

These sounds were one of the more creative methods the United States military used during the Vietnam War to depress enemy morale and get them to give up. Known as "Operation Wandering Soul," the 6th Psychological Operations Battalion (6th PSYOP) of the U.S. Army, with help from the U.S. Navy, broadcast spooky sounds fit for a modern horror movie and called it "Ghost Tape Number 10" (listen to the audio here).

The ruse had its genesis in "Ghost Army" recordings made during World War II to trick the Germans into thinking the Allies had way more Sherman tanks coming their way than they did. But the Vietnam version also capitalized on the strongly held Buddhist beliefs of the region, specifically that the spirits of the dead are doomed to walk the earth in their own personal hell if their bodies are not found and buried appropriately. Vietnamese legends also held that lost souls could communicate on the anniversary of death. What better way to scare the North Vietnamese soldiers than to let them hear from their tormented fallen comrades-in-arms?

With the help of South Vietnamese participants, the U.S. Army created these hair-raising messages. Accompanied by shrieks, screams and moans, an alleged deceased Viet Cong soldier pleads with his comrades, saying things like, "My friends, I have come back to let you know that I am dead ... I am dead!" and "Don't end up like me. Go home, friends, before it's too late!" Helicopters, as well as strategically placed soldiers, carried loud speakers to make it appear the sounds were coming from all over the jungle. Some enemy soldiers realized it was a setup and started shooting immediately in the direction of speaker-laden helicopters; others were definitely spooked.

"Even if the Viet Cong didn't believe there were in fact ghosts in the jungle with them, that this was just a supernatural horror show being put on by the Americans, just the sounds and the message were more than a little eerie," says Nathan Mallett, editor and founder of MilitaryHistoryNow.com, in an interview with The Stuff of Life podcast, for an episode titled "Haunted."

The ruse was expanded when a South Vietnamese ally intentionally spread a rumor that a tiger was attacking the North Vietnamese Army and Viet Cong troops. So, the 6th PSYOP added recordings of tiger growls. Allegedly, 150 men fled the mountain on which it was played.

To this day, paranormal activity fascinates people, and we even seek it out by way of books, television, movies, and haunted houses. Check out the Stuff of Life podcast "Haunted" for more details on Ghost Tape No. 10, haunted attractions and something called Doomocracy.

Now That's Creative
American troops repeatedly created a "Ghost Army" during World War II to fool Hitler with inflatable tanks and fake camps, as well as blared recordings of infantry and armored units from trucks. Many of the artists involved in these deceptions found later success in fashion, art or design careers — including fashion designer Bill Blass.

Narwhals Caught on Video Using Their Tusks to Hunt

Drinking Transforms Your Personality Less Than You Think 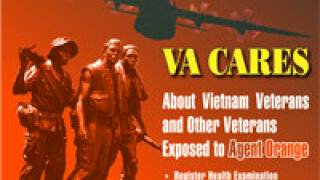 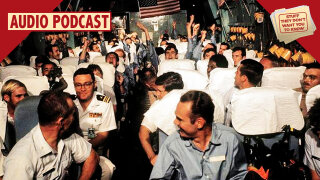 Podcast: Did the US abandon soldiers in the Vietnam War?

Ridiculous History: When Artists Fooled the Nazis With a Ghost Army