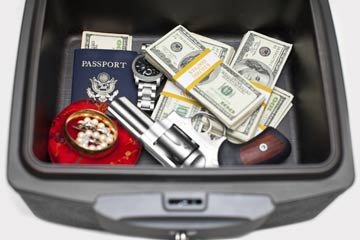 Safes are machines, so even the best ones can fail. The chances of any safe failing, however, skyrocket in the face of human error – like forgetting to spin the dial lock after shutting the door. If you don't spin it, it's not locked [source: 6mmBR].

Or forgetting to replace the battery in an electronic lock, not bothering to reset the manufacturer's default code when the safe arrives, or resetting the code and storing it on a shelf next to the safe.

Or storing combustible powder in a ventless steel safe, which is iffy at best, or ammunition in the same place as guns, which is discouraged universally by gun-safety experts [sources: Washington State Dept. of Social & Human Services, State of California Dept. of Justice].

Other failures, though, are due to manufacturer error. Some common problems include low-cost electronic locks that just don't work; very high-gauge steel that gives way with simple hand tools; and convenient but unwise lock-delay mechanisms that keep the safe accessible for several seconds after it's "locked" [source: McVicker].

When police investigated the safe that opened for 3-year-old Ryan Owens, they found a three-second delay on the lock, along with a more serious flaw: The lock occasionally failed completely if someone turned the dial a little to the right. (Police also said this seemed to be related specifically to Detective Owens' gun safe, and no other law enforcement officers in the county reported problems with their safes) [source: McVicker].

However, the company that presented at Def Con 2012 looked into several low-cost (under $200) safe models and found more of the same. Some could be opened with a little jiggle or bounce; others opened when drinking-straws or paperclips were stuck into holes in and around the locking mechanism [source: Finkle].

To reduce the risk of theft or accident, first look for a UL-rated safe that scores RSC or above (see sidebar). Then:

And if you have kids, talk to them about gun safety. To children, guns can look like toys, and divesting them of this notion is critical. If they find a gun, they should alert an adult immediately and not touch it. Because they may happen upon a loaded, unlocked gun at a friend's house, or at school, and properly using a gun safe at home won't help much with that.

To read about the safe models found by Security Laboratories of Investigative Law Offices to be faulty, check out http://www.thesidebar.org/insecurity/?p=793. From the looks of it, though, other low-cost safes may suffer the same problems, so before buying, read some of the independent reviews that are available from multiple firearms and home-security sources. 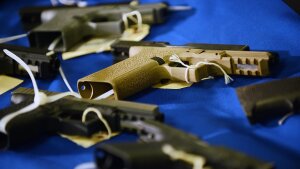