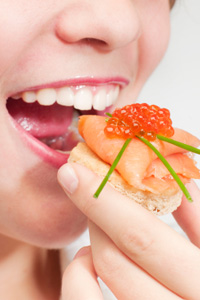 You cast the line and just as the lure slaps the water's surface, something snaps at the bait. Soon you've landed a female fish, ripe with eggs. Voila! Break out the toast triangles: You've got caviar, the A-list appetizer.

Not so fast. Yes, the unfertilized eggs of nearly any female fish can be separated from their egg sacks, washed, salted and eaten. But true caviar, according to U.S. Food and Drug Administration rulings, comes from sturgeon only. And, as connoisseurs the world over will attest, the delicacy is a sought-after, often expensive and frequently controversial commodity seasoned with mystique -- making sturgeon eggs more than the mere sum of their parts.

Given that caviar is, at its most basic, simply the eggs of a fish, it's somewhat surprising this roe has risen to royalty status. In some parts of the world, caviar is currency. In others, it is a status symbol revered for its texture and taste. Globally, the legal caviar trade prompts an estimated $100 million to change hands annually; illegal trade increases that number tenfold [source: CITES]. Today, the United States consumes the lion's share -- about 60 percent -- of beluga caviar, the priciest variety produced by a prehistoric-looking fish headed for extinction [source: Pew Trusts].

However beloved by gourmands, the subtle variances of caviar are often misunderstood. The size and flavor of caviar is as distinct as the fish from which it is harvested, and as diverse as the methods used to preserve and store the fragile orbs. Saying "I like caviar" is like saying "I like every flavor of jelly beans."

On the next page, we'll investigate how global demand for the eggs of a fish has spawned a population crisis. 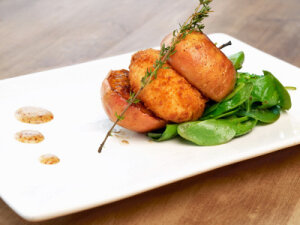 What makes certain foods so expensive?