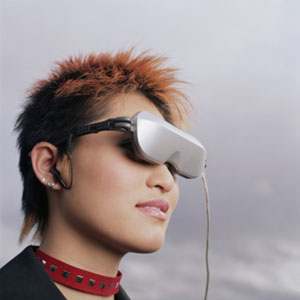 Newfangled, digital 3-D movies are exceedingly popular these days. But those Hollywood blockbusters are just the latest trend in a long line of virtual reality experiences that began ages ago. To get closer to the genesis of virtual reality, you have to dig up history that's far older than James Cameron's "Avatar".

For our purposes, the term virtual reality (also known as VE, or virtual environment) refers to technologies that immerse a person in an artificial environment that seems at least partially real, and may involve user interactivity. A 3-D movie, for example, is a form of virtual reality because it provides more visual depth for our eyes than a regular, 2-D film. And an interactive video game system, such as a Nintendo Wii, that uses motion detection controllers with vibration feedback is also a type of virtual environment.

The initial concepts of virtual reality were born long before moving pictures or computer games. Some scientists and historians suspect that human fascination with a form of virtual reality began with artists, including those who lived in caves.

Many prehistoric dwellings feature drawings and illustrations on interior walls. It's not hard to imagine family elders pointing to those drawings and passing along stories under torchlight, with the shadows and light making it seem as though the people and animals in the pictures were moving.

Similarly, talented painters in ancient Greece and Rome crafted intricate, panoramic paintings that brought outdoor scenes inside, either as decorations or as backdrops for theater. By changing the scale and size of objects in those paintings, the artists could trick a viewer's eyes into thinking a space was bigger or smaller than it really was.

Contemporary virtual reality technology relies on accumulated knowledge and techniques to create convincing alternate realities. As such, it's hard to credit a single person with the invention of virtual reality. However, one of the first people to pull together an all-encompassing virtual experience was Morton Heilig.

Born in 1926, Heilig was a consummate tinkerer who studied engineering, philosophy, art, film, and communications from New York City, to Chicago, to Paris. He enjoyed film but felt that projected movies still needed refinement to make them more engaging.

Keep reading to discover how Heilig transformed 2-D films into a more engrossing form of entertainment -- and how his inventions helped propel virtual reality technologies forward. 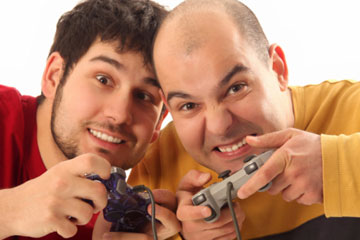 To improve upon old-fashioned 2-D movies, Heilig set about creating his Sensorama machine, which he patented in 1962. The Sensorama was about the size and shape of an arcade game machine and featured a single seat and a wrap-around video screen.

The Sensorama was designed to play back prerecorded scenes, such as a helicopter or motorcycle ride, in ways that were as realistic as possible. The Sensorama had a 3-D screen and reproduced many of the sensory experiences that a person would encounter in the real world: sounds, sights, vibrations, odors and even a fan-generated breeze.

The Sensorama garnered enough interest that Heilig patented the "Experience Theater," which was designed to recreate a Sensorama-type cinema experience for an entire theater full of people. To impart a powerful visual experience, Heilig invented a head-mounted display (HMD), which each audience member would wear. The HMDs showed visual components of a film while moving chairs and other devices would add sounds, smells and other immersive elements to the fun. The theater idea never caught on, but VR was about to, in a very big way, thanks to computers.

Digitization launched VR into a new technological era. In the 1960s, Douglas Engelbart, who is best known for his invention of the computer mouse, created the first graphical user interface for communicating with computers. This visual interface gave people a simple way to interact with a computer and, as a result, also gave rise to digitally-driven virtual environments designed for both pleasure and business.

You may have already experienced the powerful effect of a digital 3-D movie paired with realistic surround sound. However, many virtual reality machines aren't used for entertainment. For instance, militaries all over the world employ virtual reality trainers for equipment that's too expensive or too dangerous to use for training missions. Pilots learn to fly jets in virtual reality, and soldiers can learn to drive tanks.

Some air forces deploy virtual reality technologies to fly armed drones thousands of miles away, performing surveillance duties and even attacking targets. Thanks to virtual reality, they can do this without ever leaving the safety of their offices. And when front-line soldiers return home, some American psychiatrists use virtual reality to help them deal with the effects of post-traumatic stress disorder.

Virtual reality has more benign purposes, too; for example, helping engineers design complicated products, such as submarines or helicopters. VR technology is used for planning complex urban projects, like road construction. And, of course, many people are familiar with the vibrations, sounds and visual effects produced by popular gaming systems such as Nintendo's Wii and Kinect for Xbox 360.

Many of the sensory effects of virtual reality environments require expensive, cutting-edge computer hardware; as a result, it's often too costly to integrate into consumer products. But as our technologies continue to progress and engineers find new ways to tie together our digital tools, there's no doubt that virtual reality will continue to advance as well.

Three Famous Hypotheses and How They Were Tested
Jane Goodall: A Global Face for Global Peace
How Stethoscopes Work