Unbelievable, Unusual and Unique: Our Best Stories You Might Have Missed This Week

by Yves Jeffcoat Aug 11, 2017
When hedgehogs are injured or have an infection, air stuck beneath their skin can cause them to inflate like balloons. Justin Sullivan/Getty Images

This week, we're bringing you stories on adhesive inspired by slug mucus, strange eclipse superstitions and alien abductions — just to remind you how awesome and weird the world can be. Keep reading to catch up on our latest podcasts and articles.

Tomatoes are more than 90 percent water. Based on that fact, tomatoes don't seem so interesting. But in a new episode of the podcast FoodStuff, hosts Anney and Lauren prove the tomato's story is more than just one of pronunciation and fruit versus vegetable debate.

It's pretty far-fetched to believe people have been beamed up into UFOs against their will and subjected to uncomfortable examinations — by beings that humans have tried and failed to communicate with, at that. But there have been plenty of claims of alien abductions, and plenty of detractors who attempt to provide logical explanations for them. A new two-part episode of Stuff to Blow Your Mind enters this otherworldly territory. Listen to parts one and two.

Eugenics is a set of beliefs that promotes human genetic improvement by discouraging reproduction in people who have "undesirable" traits and encouraging people who have "desirable" traits to reproduce. Yes, the movement was highly discriminatory and unscientific, and problematic in other ways hosts Tracy and Holly discuss on an episode of the podcast Stuff You Missed in History Class.

Neurological disorders can have some seriously strange symptoms, like believing you're dead or hearing explosion sounds inside your head. But Witzelsucht, or an addiction to joking, may not strike someone as a disorder at first. People with the condition get a kick out of their own puns, but aren't really into others' jokes. Writer Jesslyn Shields explains what's going on in the brain of people who have the disorder in this new article.

If you've ever bitten aluminum foil (on accident or on purpose — we won't judge), you know it gives a slight shock. But you might not know why. BrainStuff host Christian Sager details the science in a recent episode of the podcast.

Solar eclipses have inspired some elaborate myths — after all, it's not every day that the sky unexpectedly goes dark. And frankly, the sun being eaten by dragons is a way cooler explanation than the truth we know now about the astronomical event. Writer Laurie L. Dove runs down some odd myths and superstitions surrounding eclipses in this article.

Sometimes less is more. Or at least that was the adage designers at Tesla had in mind when creating the Model 3, the company's new electric sedan that trades buttons and gauges for a single touchscreen display. Read about the car here.

Hedgehog balloon syndrome sounds silly, but it can be seriously harmful. It happens when hedgehogs puff up with gas that's trapped under their skin. Find out what causes these tiny animals to inflate in this article.

Sure, maybe humans do have a slight problem when it comes to ensuring Earth is in tip-top shape for future generations. But that doesn't mean we can't appreciate nature sometimes, too. Researchers have created a new biological tissue adhesive that pays homage to slug goo. Don't worry, it's not as gross as it sounds — read about it here.

When One American's 'News' Is Another's 'Propaganda' 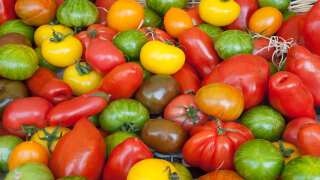 You Say Tomato, I Say Wolfpeach 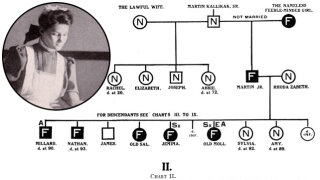 The Kallikaks and the Eugenicists 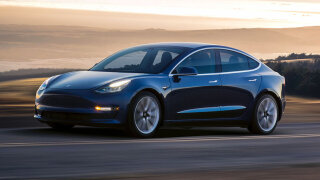