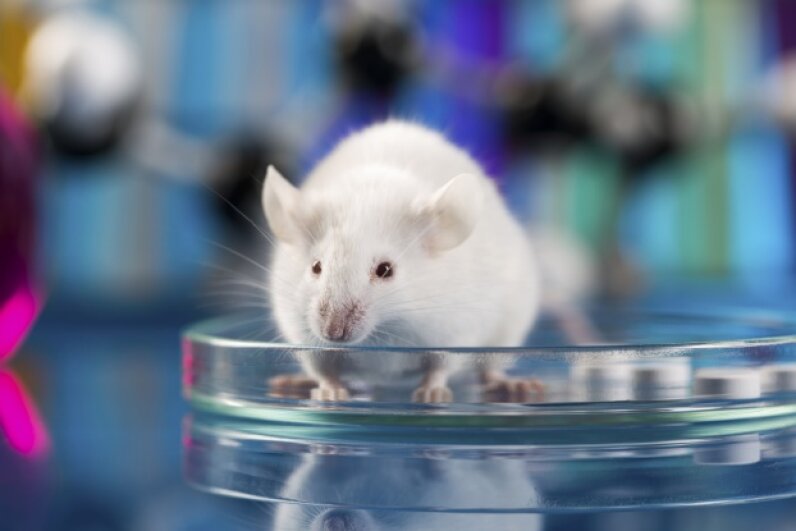 Scientists can easily manipulate the mouse so that certain genes are made inactive or turned off. This is crucial when studying how certain genes can affect diseases. JacobStudio/iStock/Thinkstock

Choosing mice to star in our science experiments makes sense based on criteria more imaginative than scientific: Mice are small, for one, and don't need a lot of space. Testing on elephants and giraffes would be a real pain. They also don't cause much damage when provoked; if you're working in a lab and a mouse nips at you, you're in a lot better shape than if Trixie the Tiger gets annoyed by your poking and prodding.

We kid, but there's actually some truth to the idea of mice as simply more convenient than other animals for testing. The fact that mice are small and fairly harmless is a benefit for scientists. Keep in mind that mice are also terrific at breeding, which means you can get them in bulk for cheap -- there are always mice available for those who need them. Their ability to procreate fast and often is also a great benefit for research; because mice have a short lifespan of a couple years, researchers are able to study different generations easily.

Of course, mice are more than just an animal of convenient size and libido. We share more than 90 percent of our genes with mice [source: Koshland Science Museum]. That makes mice a terrific match for understanding how our human genes will react to similar factors. Beyond genetics, mouse biological systems (like organs) also function very much like those of humans.

One of the more important reasons that scientists like to study mice? Mice are easily modified genetically. That means that scientists can manipulate the mouse so that certain genes can be made inactive or turned off. They call these manipulated mice "knockout mice," and they're a boon to researchers who are attempting to study how a certain genes can cause diseases [source: NHGRI]. Turn the gene off in some mice and keep it in others, and you can figure out how the gene might contribute to disease in humans.

Another type of modified rodent, the transgenic mouse, is bred with additional, foreign DNA. It's a very efficient way to model specific diseases that affect humans and study the genetic functions [source: Twyman].