Studying whales can be tough. For one thing, boat motors stress these animals out, so when they see a boatload of researchers headed their way, armed with biopsy darts, they're like "oh no, it's time to dip!" — days and many thousands of dollars can be wasted chasing a pod of whales. And the alternative, studying dead whales, is a huge bummer and also not ideal for learning a lot about live animals: diseases they might have, pregnancy hormones, environmental toxins and such.

But don't worry, there is a new invention to study whales, because science just won't stop!

The Parley SnotBot (SnotBot is a registered trademark) is a drone armed with a video camera and some petri dishes to capture the mucus a whale exhales through its blowhole (aka the whale nostril) when it comes up for air every so often. Considering the lungs of a blue whale, for instance, are the size of a midsized sedan, the slurry of hot air and sticky mucus that comes out of the blowhole with each breath is substantial — the SnotBot needs only to swoop over to collect it.

Dr. Iain Kerr, chief executive officer of the nonprofit Ocean Alliance, explains it this way in an email: "SnotBot is a very counter intuitive tool. The whale blows snot up in the air but the drone pushes air down to fly, so technically the snot should just be blown away. Also the collection petri dishes are on the top of the drone not on the bottom. So how does this work? We approach a whale from behind as it is moving forward and the snot arcs up and is sucked back down onto the top of the drone where the petri dishes are waiting."

This illustration shows a whale breaching, the SnotBot flying in to make the collection, and the whale subsequently diving, unaware of the snot collection and none the worse for wear.
C. Miller Ocean Alliance

You might be asking yourself, what does a scientist want with whale boogers? Well, whale snot has actual whale cells in it, which contain things like DNA, a sample of the animal's microbiome, and hormones that can tell scientists a bunch of different things, from whether the whale is sexually active to how stressed out it is. Not only that, the old way of collecting this information required researchers to spear the whale with a tiny biopsy dart, removing a piece of flesh the size of a pencil eraser. The problem with this method is it's only useful for figuring out what happened to the whale in the past, but doesn't reveal much about what was going on with the animal in real time. The SnotBot has changed that, though.

The SnotBot swoops over the whale as it clears its blowhole, scooping up the whale breath condensate while capturing video of movement of the whale's body. The scientists, controlling the drone from a boat far away from the animals themselves, are able to get a lot of the same data they did with the biopsy method, only with less expense (the SnotBot costs around $4,500 apiece as compared to hundreds of thousands of dollars for a research vessel) and less stress to the animals.

Now That's Interesting
Until 2015, whales and dolphins were thought to only be able to breathe out of their blowholes until one dolphin with a faulty blowhole was observed mouth breathing.

What Are the Different Types of Life Insurance?

Why Countries Use Economic Sanctions to Prevent Conflict 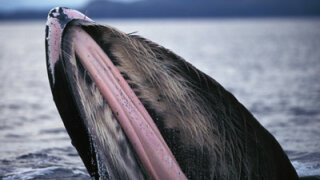 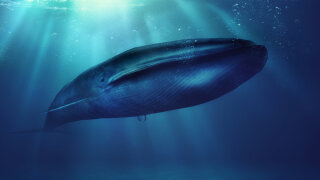 The Blue Whale: Bigger Than Megalodon 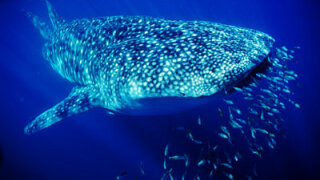