by Jesslyn Shields
Next
Cattle egrets foraging in fields among zebra is an example of commensalism. As zebra and other large animals graze on the field, they cause movements that stir up various insects. As the insects are stirred up, the cattle egrets catch and feed upon them. The egrets benefit while the zebra are typically unaffected by it. Lynn Greyling/Public Domain Pictures (CC0 1.0)

There's a certain ethos of "I'll scratch your back if you scratch mine" in nature. Living things never exist in isolation, and organisms of different species occasionally need to cooperate in order to get stuff done. And sometimes, one organism takes the benefit from another while the first blithely lives its life, unharmed, but blissfully unaware of the service it is performing.

Ecologists call this form of cooperation "commensalism," and it's a bit similar to some other ecological concepts that dictate how members of an ecosystem interact. For instance, commensalism isn't the same thing as parasitism, where one partner (the parasite) lives on or in the body of a host and only one partner actually benefits, while the other is often harmed. It's also not exactly the same as mutualism, where both partners benefit from the partnership; think about the relationship between bees and flowers — the bee gets food while the flower accomplishes its reproductive goals.

Commensalism is a bit different and involves one organism just going about its business, while one or more others, called commensals, just sort of hang out and benefit from that one guy's hard work.

"One of my favorite commensal relationships is the one of Eastern screech-owls and blind snakes," says Amanda Hipps, director of communications and development at WildLandscapes International. "The owls bring live blind snakes to their chicks. While some of the snakes are eaten, the lucky ones burrow into the nest and eat insect larvae they find there — larvae that would likely parasitize the chicks. A study by scientists from Baylor University found that chicks who grew up in nests with blind snakes grew faster and experienced lower mortality rates compared to nests without blind snakes."

So, although we don't know everything about the relationships between partners in these types of relationships — who is benefiting and who isn't — we can observe three main types of commensalism:

Inquilinism is when one species lives on or inside of another species (like our gut bacteria lives inside us) or within the nest, burrow or dwelling created by another species.

For instance, gopher tortoises (Gopherus polyphemus), native to the southeastern United States, dig long burrows for shelter — some of them reaching sound 40 feet (12 meters) in length. Hundreds of other animals have been recorded using these burrows — some of them have even evolved to require the burrows of the gopher tortoise in order to survive. Most of these commensals are insects, but their burrows are also important to a variety of other species of snakes, frogs and small mammals.

"There are 14 recognized insects that are fully reliant on gopher tortoises," says Hipps. "One of these species is a moth that feeds exclusively on the keratin of the shells of dead gopher tortoises. The remaining 13 insects are called obligate invertebrate commensals. Some of them feed on gopher tortoise dung, others feed on pest flies or other organic matter inside the tortoise burrows. I like to think of them as a housekeeping service to the gopher tortoise. Although the impacts they have on gopher tortoises is not yet understood, they likely lower parasite loads for tortoises and the other vertebrates that also take advantage of the burrows."

Another kind of commensalism is called metabiosis, which is when one organism unintentionally forms a habitat for another while just going about it's normal business. For example, maggots need to live somewhere, and often it's on the carcass of a dead (or even living) animal. Similarly, the Gila woodpecker (Melanerpes uropygialis) makes its nest in the cavity of the Saguaro cactus and hermit crabs protect themselves in the discarded shells of gastropods that have outgrown them.

Phoresy is when one animal attaches to another in order to catch a ride from one place to another. For instance, a nematode or mite can't really get very far on its own unless it climbs on board a bee or fly. The mite gets a huge benefit from the exchange, whereas the bee doesn't really benefit or suffer from the interaction. A form of commensalism, for sure.

While commensalism is a huge benefit for some of the organisms in the deal, it can be really tricky for an ecosystem under stress.

"Ultimately, I think having more commensalism in an ecosystem could make an ecosystem more vulnerable — if you lose one species, you could lose another," says Hipps. "If gopher tortoises went extinct, we will undoubtedly lose other species along with it."

Amensalism is sort of like parasitism, only just one of the organisms involved is harmed while the other is not affected. 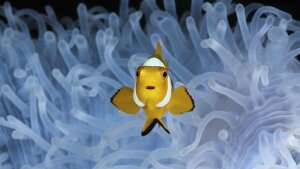 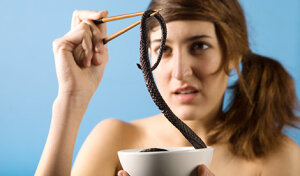 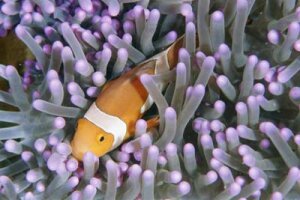