Daffodils planted in the fall will bloom in late winter or early spring and can return year after year and spread for decades. Loggawiggler/Pixabay

A symbol of rebirth and new beginnings, these perennial, trumpet-shaped flowers grown from bulbs are among the first to bloom each spring. The Latin or botanical name for daffodils is "narcissus" — a mythical word derived from the classical Greek myth of a beautiful youth who became so entranced with his own reflection that he would pine away for none other than himself. To punish him for his vanity, the gods turned him into this flower. Sometimes called jonquils, daffodils also are known as the "Lent Lily" in England due to their longtime association with the Christian fasting period.

Daffodils are recognized by a corona in the center that resembles a trumpet and a surrounding ring of petals. Often planted in large clusters, they typically can be found covering lawns and entire hillsides in bright yellow, but they also show up in other hues like white, cream, orange and pink. They exhibit several types of flower styles — including trumpets, doubles, split-cups, large-cups and jonquillas — and come in all sizes, from 5-inch (13-centimeter) blooms on 2-foot (0.6-meter) stems to half-inch (1.2 centimeter) flowers on 2-inch (5-centimeter) stems.

In fact, at least 25 daffodil species and up to 13,000 varieties of hybrids exist, according to The American Daffodil Society's Data Bank. "From single blooms, double, multiple flowers on a single stem, single flower per stem, fragrant, yellow, white, other pastel pink and peach colors, early spring, late spring ... the choices go on and on, also making them a beautiful choice for planting considering all the variety," says Amanda Bennett, the Atlanta Botanical Garden's vice president of horticulture and collections.

How to Grow Daffodils

The popularity of daffodils lies largely in the fact that they are extremely easy to grow, but for the best results, the larger and higher-quality bulbs the better. "These will be the most vigorous," says Bennett. To enjoy the daffodil season for as long as possible, also be sure to choose varieties that bloom at different times (early, mid and late season) to ensure that new flowers are opening as others are fading.

Once the selection process is complete, Bennett recommends a planting site that receives full sun or part shade. (Sidenote: Placing daffodils beneath deciduous trees counts, since they'll mostly be blooming before trees have all of their leaf cover.) Keep in mind that daffodils look best when they're grouped informally, rather than in straight rows, with clusters of bulbs in a triangular, oval or rectangular shape achieving a fuller, more natural look.

When it comes time to place the plants, Bennett suggests spacing them about 4-6 inches (10-15 centimeters) apart. Plant them twice as deep as the bulb is tall (if the bulb is 2 inches [5 centimeters] tall, plant it 4 inches [10 centimeters] deep). Set the daffodil bulb into the hole with the pointy side facing upward, and then cover them and pat the soil firmly with your hands.

If daffodils are planted in spots where leaves collect and decompose, or compost or other organic matter is regularly added, there is no need for additional fertilizer, says Bennett. If they're going in a place where natural nutrition is low, however, she recommends adding some bulb fertilizer.

Are Daffodils Easy to Take Care Of?

Bulbs develop roots during the fall and then go dormant for the winter. Depending on where you live, they'll begin growing again as early as February or as late as April. When the foliage is about 6 inches (15 centimeters) tall, flower buds will begin emerging from the base of the plant. The stems will get gradually taller, and the buds will become larger and start showing color. Depending on weather conditions, this process can take three to six weeks.

Like most perennials, daffodils will do well with about 1 inch (2.4 centimeters) of water per week while they're growing and blooming. (Note: Mulch can help daffodils conserve moisture.) Once they bloom, never cut the foliage until it begins to turn yellow (usually late May or June).

Most daffodil bulbs will produce one to three flowers the first spring after planting, and over time, the bulbs will divide and multiply. If groups of daffodils get large and overcrowded, this can cause decreased flower production. If this occurs, Bennett recommends digging up the bulbs at the end of the season, and then washing them thoroughly, letting them dry completely (for at least a week), and placing them in onion sacks (or pantyhose) and hanging them in a cool place until they're ready to replant.

A top trick for keeping daffodils alive: Leave the foliage up after the flowers have faded, says Bennett. "If you want to cut back foliage, do it once 60-70 percent are yellow, and cut it all the way to the ground. But cutting back foliage is not necessary, and leaves can be allowed to die to the ground. Leaving the foliage up allows for the bulb to gain enough energy for the next growing season."

A final word of warning: "Don't let pets eat the leaves, or dig up and chew on the bulbs," advises Bennett. The reason: Daffodil bulbs contain poisonous crystals that only certain insects can eat without risk.

How Do Daffodils Spread?

Strong, healthy daffodil bulbs produce offsets called "bulblets," which can be divided when flowering isn't as vigorous as it once was. "Just dig up the entire clump, shake apart the bulbs and spread them out," says Bennett. "Sometimes, clumps are so tight and dense, you'll have to take a shovel and cut them apart."

According to The American Daffodil Society, daffodils multiply in two ways: asexual cloning (bulb division, where exact copies of the flower will result), and sexually (from seed, where new and different flowers will be created).

Wind or insects can occasionally pollinate the flower during bloom by bringing new pollen from another flower, while daffodil hybridizers pollinate flowers by brushing pollen from one flower onto the stigma of another. The resulting pod can contain up to 25 seeds, with each of these producing an entirely new plant — but the wait for a bloom for a plant grown from seed is about five years.

Now That's Happy
Offering someone a bouquet of daffodils is said to bring happiness into the home. In Wales (where the daffodil is the national flower), you'll be even happier if you spot the first of these cheerful blooms. According to legend, if you see the first daffodil, your next 12 months will be filled with wealth.

What's the Difference Between Restarting and Shutting Down My Computer?

Why a Spotted Python Should Totally Be Your Next Pet 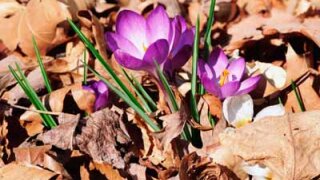 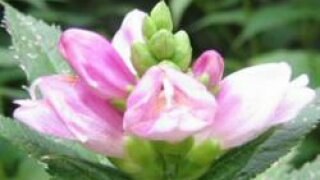 How to Grow Perennials 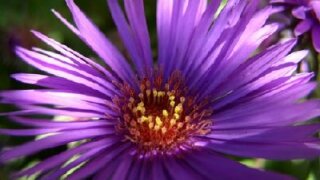