Say hello to a few residents of your body: Mycobacterium chelonae bacteria. They're normal flora in the guts and respiratory tracts of humans and other animals. They rarely cause gut or lung infections, but they can cause local infections.
© Centers for Disease Control and Prevention/Science Photo Library/Corbis

From staph infections to pneumonia, strep throat to urinary tract infections, we can't help but feel the bacteria around us are alien invaders, designed to hurt, maim or kill us. And if germ warfare has been officially declared, we must do nothing short of destroy our bacterial foils, creating a world of sterile peace through Purell.

Just one problem. We are the microbes that we're fighting.

Our microbiome -- the collection of microbes and their genetic material that live in and on the body -- is packed so full of bacteria, viruses and even fungi that our human cells make up just 10 percent of the cells in our body [source: Yang]. If you gasped to learn that Escherichia coli strains are living on your kitchen counter, you're going to be really upset when you realize they're also happily living in your gut. If you feel squeamish about the live cultures of Lactobacillus in your yogurt, you're probably going to be unhappy to know there's a thriving population colonizing your vagina (or that of someone near and dear to you).

But even with the enormous density and importance of our microbiome, we really know little about it. While we're aware that something like an abundance of the bacteria Clostridium difficile in the gut can cause fatal health issues, we're not sure what a healthy gut looks like. Accordingly, scientists are trying to not just determine how our microbial friends can help or harm us, but also to establish a baseline for a normal microbiome. Much like the Human Genome Project that mapped the entirety of human genes, the Human Microbiome Project is looking to identify the whole of our microbial landscape.

And these microbes aren't just hangers-on. We're hosting more bacteria than our own flesh, blood, muscle -- you name it. Of course, the microbial cells are actually one-tenth to one-hundredth of the size of a human cell, so it's not like we're carrying around a lot of extra weight ... right [source: Kolata]? Nope, we're all schlepping around a substantial 2 to 5 pounds (0.9 to 2.3 kilograms) of bacteria on even the leanest (or cleanest?) bod. (The Hollywood Antibacterial Diet is surely on its way.)

So gather your bacteria, your fungi, your archaea and protozoa by the fire to learn about how the Human Microbiome Project works.

Getting to Know Your Microbiome

Most people don't pay a lot of attention to viruses until they're sick, but many different viruses are an integral part of your personal microbial community.
Sebastian Kaulitzki/iStock/Thinkstock

Before we jump into the Human Microbiome Project, let's review what these scientists are studying. Microbe is one of those words that we hear and blithely skip over, thinking it's just a catchall for something small and vaguely bacterial. Which, it turns out, is kind of accurate.

While bacteria certainly comprise a large part of our microbiome, some other lesser-known microbes make up our microbial party, too. Take archaea, which are so similar to bacteria that, for a long time, scientists just assumed they were bacteria. Not so. They actually have different amino acids and sugars and a different genetic structure. Once thought to reside only in extreme environments, archaea have been found in the oral, intestinal and vaginal mucous membranes of humans.

Then you have protozoa, which we sometimes call "germs" because some types can cause dysentery or malaria, but they're a little bigger than bacteria. And let's not forget the fungus among us, which can cover skin without much consequence -- or move into infection territory. Viruses also are part of our microbiome, but don't think they're just idly waiting on dirty hands to give you a cold.

In fact, our microbes largely aren't lazy houseguests hitching a ride on our body. They could be more aptly compared to the well-managed staff of a fabulous estate. For instance, one of the more important functions of viruses in the microbiome is to infect bacteria, changing either how the bacteria work or how much there is. So it's useful to think of viruses as working with (or against) bacterial function in our body [source: Williams].

When suffering from a cold and railing against germs, remember that without microbes you couldn't eat or breathe. While not on the body, photosynthetic bacteria in water produce half our oxygen [source: University of Utah]. Microbes pack our system to aid digestion and synthesize vitamins, and you might be excited to report at your next dinner party that half your stool is not leftover food but microbial biomass that is quickly replenished in your gut [source: Kolata]. The good ones fend off the infection or illness-causing microbes and strengthen our immune system, and -- as we're learning courtesy of the Human Microbiome Project -- do a heck of a lot more.

The Project: Swabbing Hundreds of Humans

So now that we know what we're studying, let's jump into the Human Microbiome Project itself. Funded through the U.S. National Institutes of Health, the first phase was slated for a five-year schedule and included getting samples from the human microbiome and developing a reference set of microbial genome sequences (the goal was 3,000 sequences). The second phase (2013-2015) involves developing a kind of catalog of microbiome data sets to help the scientific community research and study disease and health. They also have the broader, challenging task of investigating the connection between a person's microbial community and various diseases and conditions.

Why hasn't this been done earlier? The technology didn't exist. There wasn't really a way for scientists to study microbiome residents because they couldn't be grown or isolated in a laboratory setting. But with the advance of DNA sequencing and technology, scientists were now able to isolate genetic material from microbial communities without needing to cultivate them [source: NIH]. And so the project began in 2007 with a budget of $170 million and a fairly straightforward task: take samples from a large enough number of healthy people to determine a baseline or framework of what a human microbiome entails.

The first phase started with recruiting volunteers who were considered "healthy." That wasn't easy: 600 subjects between 18 and 40 were brought in, but after rigorous examinations (for things like cavities and yeast infections as well as overall health), more than half were rejected. Two hundred and forty-two subjects from Houston, Texas, and St. Louis, Mo., finally met the criteria, and were the lucky ones to be swabbed multiple places at multiple times, and then have their biome sequenced by more than 200 scientists at 80 different institutions [source: Kolata].

Each man was sampled in 15 places, and each woman in 18 (to account for the microbial environment of the vagina), each up to three times over two years. The samples included areas of the gut (taken from the stool), the nose, and multiple places in the mouth and on the skin.

National Institutes of Health Common-Fund financing was used through 2013, but the project then began funding itself through 16 participating NIH institutes [source: Mole]. Scientists still are establishing stricter sampling protocols, and attempting to find a base of technical support and resources.

Want to be on a first-name basis with the population of your microbiome? For $89, uBiome will tell you what microbes are in your personal microbiome, and let you know what we know so far about the bacteria that call you home. You can compare your data (anonymously) with others, as well. Visit uBiome.com to learn more.

The Findings (aka You Can Learn a Lot From Your Microbes)

With the trillions and trillions bytes of data the Human Microbiome Project has generated, you can bet that findings aren't hard to come by. One of the first -- and more shocking -- discoveries was that based on the genetic content of the samples, there might be nearly 8 million unique microbial genes across the body of the adults studied. That's hundreds of times more than the human genome contributes to the body [source: Yang]. They also found that even these healthy people had microbes that could cause issues in a weakened immune system, but seemed happy to hang out harmlessly in most cases. That means that bacteria like staph and E. coli are present in normal people, but don't necessarily present an infection.

Even cooler: No one microbe was present in every person, which also seems to imply that there's no "normal" microbiome. They also found that microbes were most similar on the same site of different subjects. (Meaning that between two people, the microbial communities on the skin, for instance, were more alike than the microbial communities in different sites on one person.) But different bacteria may be performing the same function across different individuals: While two people can digest carbohydrates equally well, it might be two different species of bacteria that are doing the job in each person [source: Baylor College of Medicine].

Studying the human microbiome (and using the project's data) has already led to some fascinating results. A 2012 study found that the vaginal microbiome changes significantly with pregnancy. Lactobacillus johnsonii is a species of bacteria normally found in the gut to help digest milk, but it flourishes in the vagina when a woman is expecting. Scientists hypothesize that a baby coming through the vaginal canal -- and meeting microbes for the very first time -- might use those microbes to assist in digesting breast milk from the get-go [source: Zimmer]. There's also been some hypothesizing that a vaginal birth, which exposes baby immediately to intestinal, vaginal and skin microbes, might prove to be more ideal to the immune system of a baby than a sterile cesarean section birth. A study in Puerto Rico is studying whether swabbing C-section babies with vaginal secretions soon after birth might contribute to a hardy bacterial colony [source: Gitig].

And let's not forget that studying bacteria will hopefully lead to a better understanding of antibiotics and bacterial resistance. No longer is it viable to assume that "good" bacteria will automatically repopulate after the "slash and burn" that takes place when an antibiotic is introduced. Scientists are thinking about microbial environments that need careful pruning and fostering. Instead of giving antibiotics to kill staph, an alternative might be apply a cream that good bacteria can feed on to help overthrow the staph intruders [source: Zimmer].

To learn a lot more about the microbial friends that hang out rent-free on your person, check out the next page for lots more information.

There have been quite a few microbial findings in the last few years, thanks in part to the Human Microbiome Project. One was the introduction of fecal transplants to treat C. difficile-infected patients; scientists are now hoping that a specific type of bacteria can be administered instead [source: Gitig]. Scientists have also discovered that a certain bacteria strain is elevated in patients with periodontitis, which allows us to have a better understanding of oral health [source: NIH]. Researchers also are studying why when gut bacteria from obese mice is transferred to their skinnier counterparts, the thinner mice gain weight. Studies are now showing that the microbiome of the plumper mice might change how the body uses sugar for energy and fat storage [source: Zimmer].

Up Next
The Bohr Model: Quickly Replaced But Never Forgotten
Niels Bohr proposed the model of the atom that we still learn in school today, even though it's technically incorrect.
Explore More

It's hard not to be fascinated by the fact that our bodies aren't really ours, but require an elaborate system of living creatures to help us get through the day. Remembering that microbes can live happily without us but we would be dead without microbes might allow us to nurture and protect the system that nurtures and protects us. 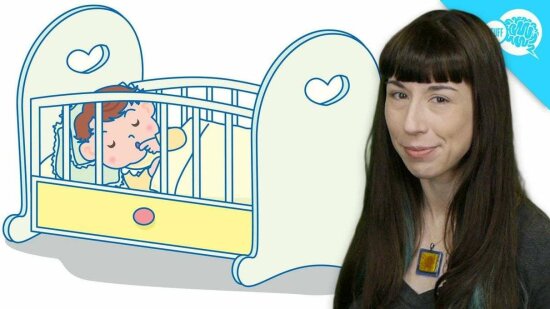 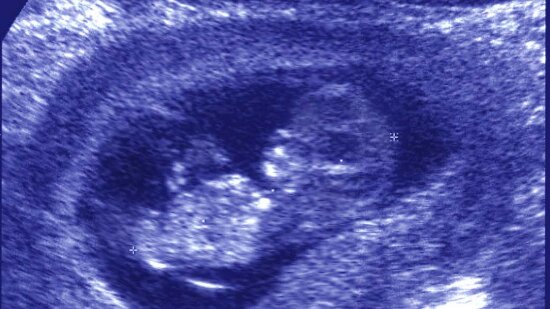 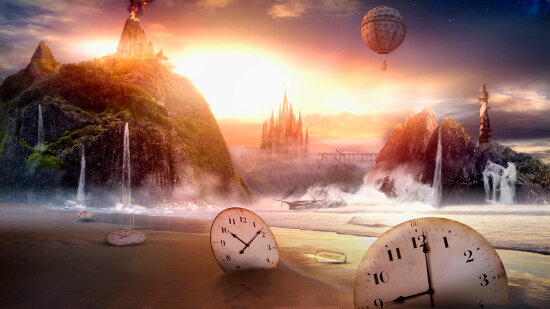