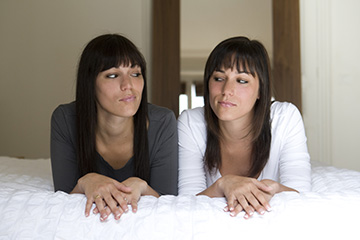 Do most twins share a telepathic connection?
B2M Productions/Photodisc/Thinkstock

Identical twins give birth to daughters, moments apart, in hospitals hundreds of miles from each other. Twins are in auto accidents at the same time, on different sides of the county. One twin loses an eye in an accident; at the same time, the other twin's eye starts twitching and hurting.

These read like the headlines of a supermarket tabloid, but do they have any basis in fact? Do they mean that twins share a secret sense that the rest of the population doesn't? Do twins actually possess extrasensory perception (ESP) where their co-twin is concerned? Let's take a look at some of the anecdotal stories and the studies that have been done on twins to see what we can learn.

According to Nancy Segal, a psychologist and director of the Twin Studies Center at California State University, Fullerton, and a fraternal twin herself, twins occur naturally in about one out of every 80 births in Western countries, with one-third of those being identical twins [source: Fiegl]. She told National Geographic Magazine that twins often are much closer than other siblings, fighting less and spending more time together. The loss of a twin affects the other twin profoundly — especially if they were identical twins.

We've all heard stories of twins who seemed to have an otherworldly connection to each other. There are occasional tales of two women, twins reared apart. They each marry a lawyer named Steve. They may also find they have some of the same quirks and habits — from favorite foods to the way they bite their lip when deep in thought. How do you explain that, if not a twins-only bond?

Books have been written and stories collected for centuries "documenting" such unusual occurrences. The thing is, though, those who have done research into twins point out a couple of reasons to call these connections into question. First, there are no stories about non-twin siblings who have lived similar parallel lives, because it just isn't that interesting when a couple of sisters who are not twins marry men named Steve. It's just called a coincidence. And nobody studies or documents or attributes unearthly powers to those coincidences [source: Radford].

In fact, a close look at the statistics around these so-called mysterious coincidences shows that they aren't very mysterious at all. First, think about it in terms of winning the lottery. It is just as unlikely that one particular set of twins will each marry men named Steve who are lawyers, as it is that they will win the lottery. However, the odds are much greater that some set of twins somewhere have each married lawyers named Steve, just as the odds are 100 percent that someone somewhere will win the lottery.

Second, identical twins share the same DNA, making them perfect for scientific studies on the whole nature vs. nurture question. The shared DNA also means that they may share similar physical and mental health characteristics, which makes them likely to suffer from the same maladies. (So if twins died of heart attacks on the same day, it should not be that surprising if they had the same poor eating habits or lifestyle.)

Third, there are by some estimates 100 million twins — both identical and fraternal — in the world. And yet, there are only a few hundred at most of these stories of twins having a sense of each other. That means 99 percent of twins have never had any unusual or dramatic twin connection or coincidence [source: Radford]. In fact, some researchers have found that the stories of strong ties between twins can be a source of anxiety for those who don't experience dramatic twin events. They may feel they're missing out or not quite "twinned" enough when they don't measure up to the legends [source: NBC].

In addition, though not nearly as interesting, similar stories can be found between couples who have been married a long time or in other siblings who are especially close — they finish each other's sentences, make similar purchases at the same time or find they are thinking about the other at the exact moment something is happening. Of course, if you're especially close to someone, you may think about them many times a day, so, again, just playing the odds, you're going to be thinking about them when something happens to them.

Experts explain these unusual occurrences the same way they explain them in twins, by the simple fact that these two people know each other very well. They were raised in similar surroundings, perhaps one of them is just more observant, recognizing — even subconsciously — that when the other twin or sibling or spouse tilts his head in a certain way he's going to ask the other for a big favor.

A study in England measured the existence — or non-existence — of both ESP and thought concordance, which is the ability to think like another, in pairs of twins and other siblings. In the thought concordance test, one sibling chose a number at random or drew a picture of the first thing to pop into his or her mind, and the other had to guess the number or drawing that he or she believed the first sibling would have drawn. The twins scored nearly twice as many correct answers as would have been by chance, while the non-twin siblings scored just below the chance expectation of 25 percent. In the ESP test, the tester chose the image for the subject to draw or gave the subject a card with a specific number on it and the other sibling (in another room) had to guess what the picture or number was. None of the pairs, either siblings or twins, scored better than chance [source: Blackmore and Chamberlain].

So, the answer to our question seems to be that, no, twins do not have any special spidey sense about each other. They may be very close, very similar in manner, habits and health, but this doesn't mean they share some otherworldly connection that the rest of us don't have.

Author's Note: Can twins sense each other?

My sister and I are only one year apart, not quite twins, but pretty close — in age and, as adults, close to each other. We look somewhat alike — enough that you can tell we're sisters. And we sound a lot alike, have similar mannerisms, often finish each other's sentences, can go on separate shopping trips and end up with very similar clothes or shoes. I can only imagine we'd be one of those weird pairs who dress alike just to freak people out if we really were twins.

How to Tell Twins Apart 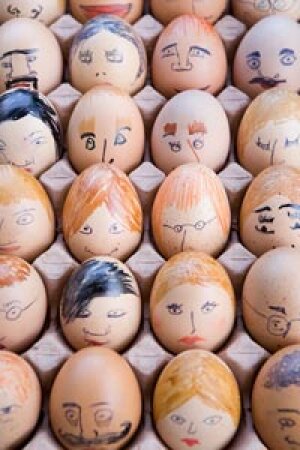 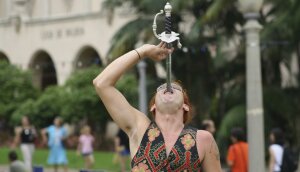