If you think of the human body as big, complicated, encrypted code, then the scient­ists mapping the human genome are attempting to break that code. Once the code is broken, it will reveal many secrets of how the human body works, and it could lead to greater disease prevention. In June 2000, scientists from the Human Genome Project and from Celera Genomics both announced that they had assembled a working draft sequence of the human genome, a major step in cracking the code.

What researchers are trying to do is construct a detailed genetic map of the human genome and determine the entire nucleotide sequence of human deoxyribonucleic acid (DNA). A nucleotide is the basic unit of nucleic acid, which is found in the 23 pairs of chromosomes in the human body. According to the Human Genome Project, there are between 26,000 and 40,000 genes in the human body. Each of these genes is composed of a unique sequence of pairs, each with four bases, called base pairs.

In a DNA molecule, which is shaped like a twisted ladder, the bases are the chemicals that interlock to form the rungs of the ladder. The sides of the ladder are made of sugar and phosphate molecules. The human body has about 3 billion base pairs, but only about 4 percent of those pairs constitute DNA that affects gene function. We don't have any idea about the purpose of the other 96 percent of base pairs, consequently termed junk-DNA.

The finished sequence was completed, with 99.99-percent accuracy, in 2003. Discovering the secrets of the sequence is still in its infancy.

Better understanding the human genome will tell us a lot about how life works. It could lead to preventing or curing diseases, because genetics is what getting sick is all about -- our genes are trying to fight off the genes of a virus or bacteria. The next step will be to determine how this battle is played out. Today, researchers know the positions of some genes that control our medical traits. Other genes have been located but their functions are unknown, and still others remain entirely elusive. The point of genome research is to locate the genes and determine just how the four bases are sequenced, and then to learn what the genes actually do…

… which opens the door to all sorts of options.

When doctors first performed in vitro fertilization (IVF) in 1978, it gave many otherwise infertile couples a way to have a child of their own. IVF works by removing the eggs from the woman's uterus, fertilizing them in a laboratory and then, a few days later, transferring the fertilized egg, called a zygote, back into the uterus. IVF has also led to a procedure that allows parents to weed out genetically defective embryos. This procedure is called preimplantation genetic diagnosis (PGD).

PGD is often used during IVF to test an embryo for genetic disorders before inserting it into the woman's uterus. Once the egg is fertilized, a cell from each embryo is taken and examined under a microscope for signs of genetic disorders. Many couples use this procedure if there are any inherited disorders in their genes to decrease the possibility that the disorder will passed to their child. Currently, PGD can be used to detect many disorders, including cystic fibrosis, Down syndrome, Tay-Sachs disease and hemophilia A.

Some genetic disorders are specific to one gender or another, such as hemophilia, which usually affects boys. Doctors may examine the cells to determine the gender of the embryo. In a case where a family has a history of hemophilia, only female embryos are selected for placement in the uterus. This practice is at the center of a larger debate about whether parents should be able to choose embryos purely on the basis of gender. Some people worry that it could lead to an imbalance between genders in the general population, especially in societies that favor boys over girls, such as China.

While PGD enables us to pick out embryos that don't have genetic disorders, and even chose the gender we want, it is only the beginning of what genetic engineering can do. Parents could some day custom-order babies with certain traits.

Hair- and eye-color selection is already a (highly controversial) possibility. 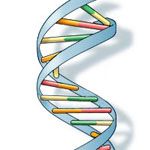 Up Next
How DNA Works
Explore More 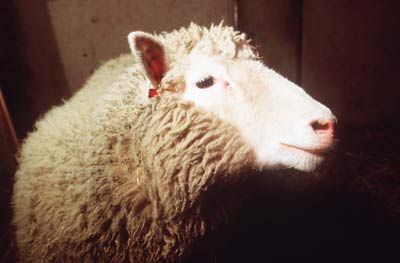