How to Be Happy With Yourself 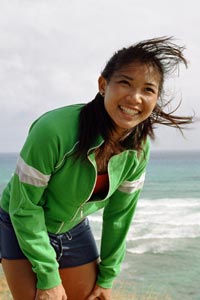 Want to be happy with who you are? Learn to be kind to yourself.
Val Loh/Digital Vision/Getty Images

In our not-too-distant past, humans were mostly focused on survival. Worrying about things like whether you'd have something to eat when you were hungry or a safe to sleep when you were tired were more important than pondering the idea of happiness. And although there are still people around the world who struggle with meeting their basic needs, most of us have the luxury of a little free time. We often spend at least a portion of it wondering whether we're happy, and if not, what we need to make us happy.

Some people think that they'd be truly happy with themselves if they had a perfect body, a high-powered job, a lot of money or fame. However, there are plenty of well-known, well-off, attractive people who aren't happy. The opposite is also true. Dr. Robert Biswas-Diener, who works in the field of positive psychology, surveyed a group of Maasai warriors in Kenya about their happiness. The Maasai don't generally have the things that people in the developed world consider to be happiness generators, such as material wealth. But they still overwhelmingly think of themselves as happy. This doesn't mean that wealthy people can't be happy -- it just means that being wealthy doesn't automatically confer happiness. The same goes for any other attribute.

So if happiness doesn't come from what you do or what you have, where does it come from? According to Dr. Robert Holden, founder of The Happiness Project, "those looking for happiness often don't realize they already have it" [source: CNN]. Being happy with yourself isn't so much about pursuing it, but finding things that you can do to help you recognize your happiness. In this article, we'll examine a few of these ways, starting with accepting yourself.