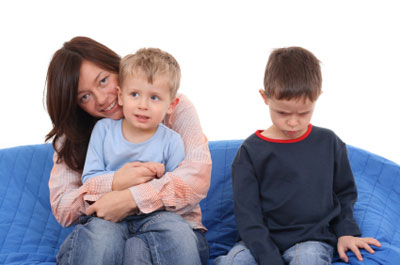 Emotion Image Gallery Jealousy between siblings is a normal part of growing up in a multichild household. See more emotion pictures.
©iStockphoto/Monika Adamczy

Of all the emotions humans show, jealousy is one of the most common and unsettling. It tends to bring out the worst in us, even though most of us know better. It's an age-old problem, having been recorded since biblical times, and no doubt experienced even before that. And it's not limited to humans, either. Even wild animals like chimpanzees and elephants exhibit jealous tendencies.

Long-surviving tales of jealousy include David, the second king of Israel, who until he triumphed against the Philistines and the legendary Goliath, was well liked by King Saul. Following these substantial successes, however, Saul forced him out of the country, due to a ripe case of jealousy. David had the last laugh, though -- he eventually became king of Israel and built quite an empire for himself.

The Greek goddess Hera, wife to the philandering Zeus, may not have been jealous without cause, but she certainly expressed her displeasure in unflattering ways, choosing to harass her husband's lovers and children, rather than dealing with his infidelity directly.

If jealousy impacts humans negatively, then why do we continue to behave this way? Cultural psychologists tend to believe that humans are inherently jealous, simply because our jobs, relationships and material goods mean a lot to us, and we don't want to lose them.

A popular misconception about jealousy is that it is the same as envy. In fact, the feeling of envy refers to wanting something that someone else has, such as a fast car or a house in the Hamptons. Jealousy, however, is more aptly described as the fear of losing something (a lover, promotion, friend, etc.) to someone else. "Jealousy is an anticipatory emotion. It seeks to prevent loss," said Ralph Hupka, Professor of Psychology, Emeritus at California State University at Long Beach. "Jealousy causes us to take precautionary measures. Should those fail and the partner has an affair, the new situation arouses anger, depression, disappointment, and so on."

In this article we'll delve further into the nitty-gritty of jealousy, when it begins and how it can quickly get out of control. You will also learn about the different types of jealousy and how experts say it can be controlled. We'll start with the people most likely to be jealous. Who are they? You'll see on the next page.

Jealousy in Relationships: The Gender Factor

There's no doubt that everyone experiences some level of jealousy at some time or another. Many people wonder whether or not jealousy is influenced by age, gender, ethnicity or other factors. These questions, while very interesting, are also exceedingly difficult to study in a controlled, scientific setting. According to Dr. Hupka, many psychologists believe that women are inclined to be jealous more often, simply because they tend to be more honest and in touch with their emotions than their male counterparts.

The triggers to male and female jealousy also tend to be the same. Both genders become jealousy when they fear losing something or someone valuable to them. One study, however, revealed that women would be more likely to aim jealous behavior at a rival, rather than their partner. Maybe Hera was ahead of her time after all.

One study published in the journal Evolution and Human Behavior found that taller men tend to be less jealous than shorter men. The researchers attribute this to male height being associated with reproductive success, attractiveness and dominance. Similarly, women of average height tend to be less jealous than taller or shorter counterparts, perhaps because they are also believed to be healthier and more reproductively successful.

At this time, there does not appear to be a difference in jealousy levels between ethnic and age groups. It is difficult to study age groups because it would require the scientists to interview the exact same people one age, then revisit them decades later. Dr. Hupka argues that even if that was accomplished, the results would be outdated, because people raised in the 1950s experienced entirely different cultural variations than people raised just a couple of decades later. Similarly, cultural variations from country to country would make studies on different ethnic groups difficult to generalize across the board.

How does jealousy affect the younger set? On the next page, we'll take a look.

Penis envy is defined as the "psychoanalytic concept in which a female envies male characteristics or capabilities, especially the possession of a penis." (Source: Online Medical Dictionary). Modern feminists continue to be appalled by the term, which was coined by Sigmund Freud to describe the displeasure experienced by young girls when they realize they lack a penis. It also describes the attempts these girls take over the course of their lives to compensate for the missing penis through such acts as childbearing and other achievements. To the joy of feminists, many psychologists are downplaying this idea, or even dismissing it altogether, saying it is possible for women to be motivated on their own, rather than compensating for lack of male parts.

Although the demographics of jealousy are difficult to study, researchers do have special concern about child and adolescent jealousy. According to legendary child entertainer Fred Rogers (commonly known as Mr. Rogers), competition can be tricky for very young children, likely causing jealousy to rear its ugly head when it becomes evident that parental love and attention must be shared with others.

Sibling rivalry is also very common in multi-child households, causing angst between children and for the parents who have to put up with near constant bickering. Unfortunately for weary parents, this behavior is completely normal. Kidshealth.org recommends that parents refrain from getting involved in sibling arguments unless there's a threat of physical harm. This forces the children to deal with the squabble themselves, rather than relying on the parent(s) to iron it out. It also minimizes the risk that the parent may unconsciously side with one child over another, amping up the fodder for fights.

Experts also encourage parents to keep the peace by proactively spending one-on-one time with each child and reminding them regularly that true parental love does not have limits, among other things.

As if adolescence is not challenging enough, a recent study in the journal Developmental Psychology found that adolescents who experience low self-esteem and extreme loneliness tend to worry that friendships are threatened by others, causing jealousy that can lead to aggressive behavior. The researchers found that intimacy (in this case through friendship) begets vulnerability, resulting in jealousy and aggression.

Five hundred fifth through ninth grade students were evaluated to assess these vulnerabilities. For example, the questions were designed to find out what level of jealousy resulted in hypothetical situations, such as if their best friend went shopping with someone else. The researchers also surveyed peers about their perceived opinions of jealous behavior in others. The study determined that adolescents with lower levels of self worth were more likely to become jealous. In addition, jealous adolescents studied were more inclined to become either physically or passively aggressive -- ignoring people with whom they were angry.

The study also reinforced current beliefs about females being more jealous than males. This group of researchers attributes this to the idea that girls have higher standards of loyalty, kindness, empathy and commitment than boys, so they become more jealous when these standards are not met. The underlying factor in this negative behavior is the same as it is for everyone -- adolescents fear losing friendships, so they behave in a jealous manner to "protect" them, even if their behavior is actually destructive.

On the next page we'll take a look at some of the more common ways in which jealousy manifests itself.

Why are jealousy and envy referred to so often in shades of green? "Othello," one of William Shakespeare’s most famous plays, is a tale wrought with jealousy. The title character is manipulated with such skill by his best friend that he begins to believe his wife has been unfaithful to him. The manipulator, Iago, continues his treachery by "warning" Othello of the dangers of jealousy: "O, beware, my lord, of jealousy; It is the green-eyed monster which doth mock…" Jealousy is also noted this way by authors such as Ovid and Chaucer and in such uses as "green with envy." It is thought by some to date back to the ancient Greeks, who believed that jealousy resulted in the overproduction of bile, turning human skin a light shade of green. 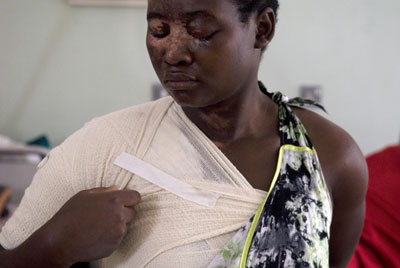 While it may never be possible to completely avoid having jealous feelings, experts do believe it is possible to control jealous behavior. For example, experts recommend that friends and lovers alike avoid the pitfalls of jealousy by being honest with each other to avoid a build-up of unspoken emotions. Negative feelings tend to ferment over time and present themselves in an unflatteringly jealous way. Keeping and maintaining trust is also a key ingredient to avoiding jealous situations. Lastly, sensitivity is vital to recognizing the cues that upset and worry other people.

The negative aspects of jealousy are obvious, but can it ever yield positive results? Thomas Jefferson, for one, believed that a truly free government must be founded in jealousy to protect it and help it thrive. Dr. Hupka notes that normal jealousy is a sign that one partner cares about the other and values the relationship. In short, when jealousy is kept in the bounds of normal behavior it can be a good thing. The minute someone’s pet bunny is threatened, however, take it as a sign that the green-eyed monster has gone too far.

There's a fine line between normal romantic jealousy and domestic abuse. Anyone concerned about excessive jealousy in a relationship should visit the National Domestic Abuse Hotline’s Web site at http://www.ndvh.org/.

Special thanks go to Ralph Hupka, Professor of Psychology, Emeritus at California State University at Long Beach, for his help with this article.

How Electroconvulsive Therapy Works
Which Countries Have the Smallest Personal Space?
Why Do People Usually Walk In the Same Direction?