Browse the article What is positive psychology? 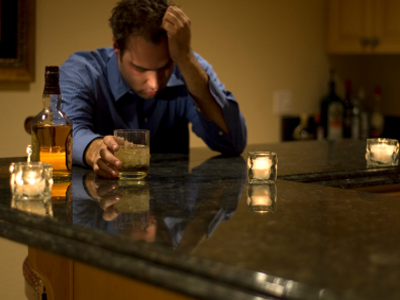 Downers such as alcoholism are the domain of psychology. See more mental disorder pictures.
©iStockphoto.com/petdcat

Addiction, depression, suicide, schizophrenia, antisocial personality disorder, anxiety, detachment and much more: Modern psychology deals with some serious mental issues. Since William James published the seminal "Principles of Psychology" in 1890, countless people have undergone years of schooling and professional training and dedicated their careers to restoring positivity to the lives of the mentally ill.

Some treatments found in the annals of psychology have been more effective than others. The transorbital lobotomy, for example, reduced major symptoms of psychosis in some patients -- at the cost of their personalities. Other patients actually lost their lives to the procedure, which destroys brain tissue by inserting ice pick-like instruments directly into the brain's frontal lobe through its orbital cavity and moving the instruments back and forth.

Despite some missteps, the field of psychology has proven effective in studying and treating mental illness. The field has proven so effective that some believe it's time to stop directing research toward what makes us mentally ill and start studying what makes us happy. This new subfield is called positive psychology.

The field of positive psychology is a young one. It was born in the late 1990s under the guidance of University of Pennsylvania psychologist Martin Seligman. Since then, it's gained some traction among psychologists and the public, especially since proponents are looking for ways to apply accepted psychological techniques to investigating happiness.

Positive psychologists face some challenges, however: Psychology successfully brings "people up from negative eight to zero, but [it's] not as good at understanding how people rise from zero to positive eight," writes positive psychologists Shelly L. Gable and Jonathan Haidt [source: Gable and Haidt]. They say it's time that the field explores the phenomenon of happiness with the same scientific rigor and discipline it used to study mental maladies. After all, everyone wants to be happy. 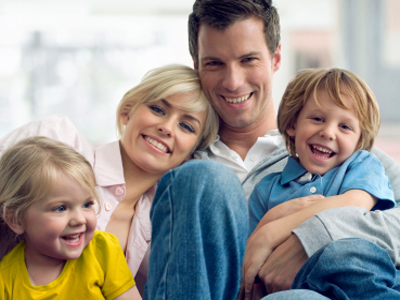 Second, positive psychologists had the daunting task of actually defining happiness. To quantify or qualify anything so intangible, one must first establish exactly what that thing is. In this case, Seligman and his colleagues define happiness as a pleasant, engaged and meaningful life [source: Seligman, et al]. Of these three factors (more specifically, gaining pleasant feelings from experiences, eliminating boredom or apathy and gaining meaning from work, home and personal life) positive psychologists place the most emphasis on the latter two. This makes sense, since people who seek engagement and meaning tend to score higher on life satisfaction tests than people who go after pleasant feelings.

To add gravity to the new subfield and to help "diagnose" happiness and the factors needed to lead a happy, fulfilled life, Seligman and his colleagues compiled "Character Strengths and Virtues: A Handbook and Classification" (CSV), which could be the antithesis of the "Diagnostic and Statistical Manual of Mental Disorders" (DSM) that traditional psychologists use to diagnose mental illness. Rather than negative issues, the CSV identifies universal positive character traits and strengths that support them [source: Seligman, et al].

Through online self-reporting studies, psychologists are learning to develop treatments to help patients achieve happiness. Much like cognitive psychology uses techniques that allow patients to consciously separate real problems from overblown ones, positive psychologists are investigating and identifying an individual's signature strengths. These are positive character traits that a person may not even be aware of, but are vital to how that person gets through everyday life [source: Mayerson]. By bringing these traits into focus, a person can learn how to use them more effectively in the pursuit of an engaged, meaningful and pleasant life.

The field of positive psychology is too young to say what form it will ultimately take. Proponents are still collecting data and pinning down certain aspects of happiness. What's more, they have yet to fully establish what "treatment" will look like. In fact, critics of positive psychology say this form of treatment is not only fruitless, it's also potentially dangerous. 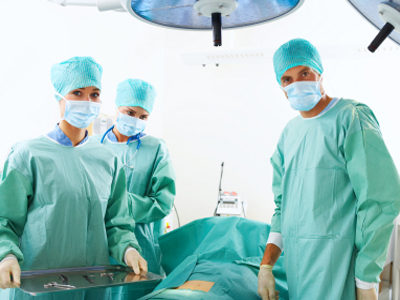 Life has both negative experiences along with positive ones. Accepting experiences for what they are is a foundation of ACT.
©iStockphoto.com/Yuri_Arcurs

In many societies, mental illness is a disorder that requires treatment. In modern societies, depressive states fall into the same category. If we're effectively treating mental illness, then why can't we start focusing on making happy people even happier? The reason is simple: According to proponents of an alternative to positive psychology called acceptance and commitment therapy (ACT), happiness isn't the natural state of the human condition.

By placing an intense focus on happiness and its pursuit, detractors believe that positive psychologists could establish an unrealistically high bar for an average person's mood. To attain happiness, individuals may ignore or repress negative aspects of their lives that require attention. What's more, points out ACT therapist and author Dr. Russ Harris, "ignoring negativity is unrealistic." Focusing exclusively on the pursuit of happiness is "a nice theory, but here's the catch: The things we value most in life bring with them a range of feelings, pleasant and unpleasant" [source: Harris].

Humans are stuck, says Harris and other ACT adherents, in a life where we get both the good and the bad. The sooner we come to terms with that, the sooner we can start living.

Like positive psychology, ACT is an offshoot of traditional psychology, specifically cognitive behavioral therapy. ACT treatments focus on exploring past experiences that have come to define a person's outlook on life. By exploring these experiences on their own terms -- for example, regretful, shameful or thrilling -- patients will ostensibly come to accept their negative emotions and commit to changing or preserving behaviors, depending on the value the individual chooses to place on them [source: Hayes].

By becoming more conscious of the experiences they've had and the outlook they've framed for themselves, ACT participants can choose to decide for themselves how they feel about each one.

Acceptance and commitment therapy and positive psychology run nearly contrary to one another. Both are recognized by the American Psychological Association (APA), which lends weight to each subfield. That said, it should be left to the individual to choose which might work best for him or her.