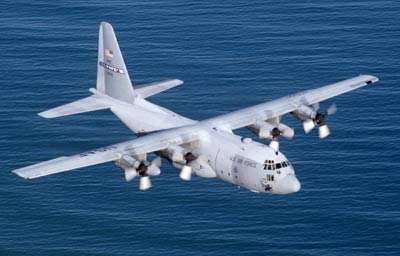 Instead of being dropped from a bomber through the bomb bay doors, the MOAB is pushed out of the back of a cargo plane such as a C-130. The bomb rides on a pallet. A parachute pulls the pallet and bomb out of the plane and then the pallet separates so that the bomb can fall.

In one Department of Defense video, you could see the pallet and bomb come out of the back of the plane and then separate from one another within a few seconds. The bomb then accelerates rapidly to its terminal velocity.

Once the bomb is falling, a guidance system based on the Global Positioning System takes over and directs the bomb to its target.